Yemen: Over 150 NGOs appeal for overturning of journalist death sentences 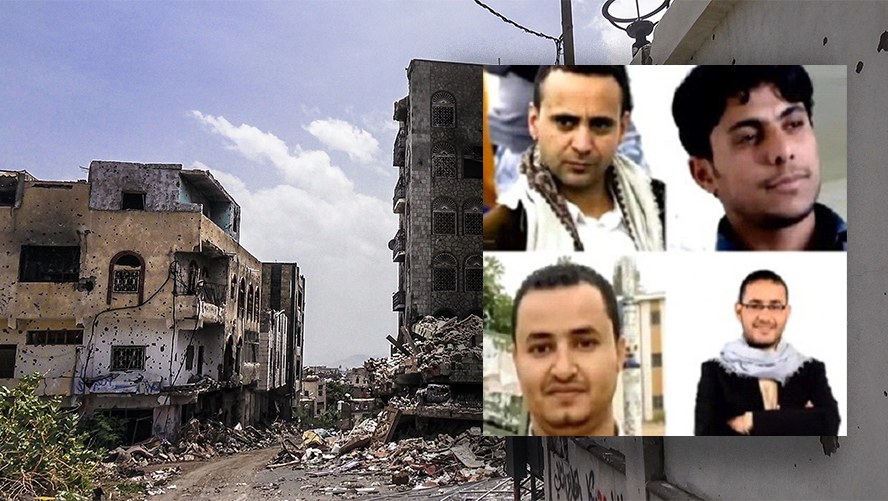 More than 150 human rights NGOs have signed a letter calling for the death sentences imposed on four Yemeni journalists to be rescinded. This is the text of the letter:​

Organisations which support human rights, press freedom and journalists are calling on United Nations mechanisms and member states  to help save the lives of four Yemeni journalists who were sentenced to death in April 2020 in the capital Sana’a on charges of “spying” and “spreading false news.” Of the six other journalists in the same case whom the judge ordered to be freed, after five years in detention, only one has been released so far. The de facto authorities in Sana’a, the Houthis, must immediately overturn the death sentences and free the other nine journalists who have been convicted in violation of their right to freedom of expression.

We recently celebrated World Press Freedom Day on 3 May 2020. Journalism, especially independent and critical journalism, is vital to promote transparency accountability, good governance and respect for human rights and the rule of law.  Journalists are in no way actors in the conflict in Yemen and cannot be targeted under any circumstances.

The four journalists, Abdulkhaleq Ahmed Amran, Akram Saleh Al-Walidi, Al-Hareth Saleh Hamid and Tawfiq Mohammed Al-Mansouri were convicted on 11 April 2020 by the Specialised Criminal Court in Sana’a, which is controlled by the Houthis. Their lawyer Abdelmajeed Sabra, who was denied access to the verdict hearing, began the appeals process on 22 April 2020.

The judge sentenced the other six journalists, Hisham Ahmed Tarmoom, Hisham Abdulmalik Al-Yousefi, Haitham Abdulrahman Al-Shihab, Essam Amin Balgheeth, Hassan Abdullah Annab and Salah Muhammad Al-Qaedi, to time already served in prison, or approximately five years, and also placed them under police supervision for a period of another three years. In addition, the electronic devices and materials that were in their possession when they were arrested remain confiscated.

The Public Prosecution had demanded that the maximum penalties be directed against them according to Articles 16, 21, 126 second, and 136 of the Penal Code (Law No. 12 of 1994 on crimes and penalties).

The journalists were charged with spreading false news “in support of the crimes of Saudi aggression and its allies against the Republic of Yemen.” The journalists were also accused of “harming the public interest by setting up several websites and pages on the Internet and social networks and running them in secret in several hotels in the capital, Sana’a.” The Saudi-led coalition has been fighting a war against the Houthis in Yemen since 2015.

On 9 June 2015, a group of Houthi forces arrested nine of the journalists while they were using the Internet at the Qasr Al-Ahlam hotel in Sana’a. Salah Mohammad Al-Qaedi was later detained at his home in Sana’a by Houthi forces on 28 August 2015. They were arbitrarily detained,  held in solitary confinement at length, tortured and mistreated while in captivity, and were not formally charged until more than three years later. In December 2018, fabricated charges were issued against them related to their peaceful exercise of the rights to freedom of opinion and expression in a show trial that violated international fair trial and due process standards.

Meanwhile, despite the court’s decision to release the six journalists, the authorities continue to delay their release. Until the date of this appeal, only journalist Salah Mohammad Al-Qaedi has been released (on 23 April 2020).

The undersigned organisations call on all the parties to the conflict to uphold the right to freedom of expression and cease their efforts to muzzle journalists and media organisations.

We, the undersigned, call on the United Nations, specifically the UN Working Group on Arbitrary Detention and the Group of Eminent Experts on Yemen, and UN Members states, such as the United Kingdom and Canada, who co-chair the Media Freedom Coalition of 35 states, to request the de facto authorities in Sana’a, the Houthis, to:

The list of signatories can be seen at https://www.gc4hr.org/news/view/2386