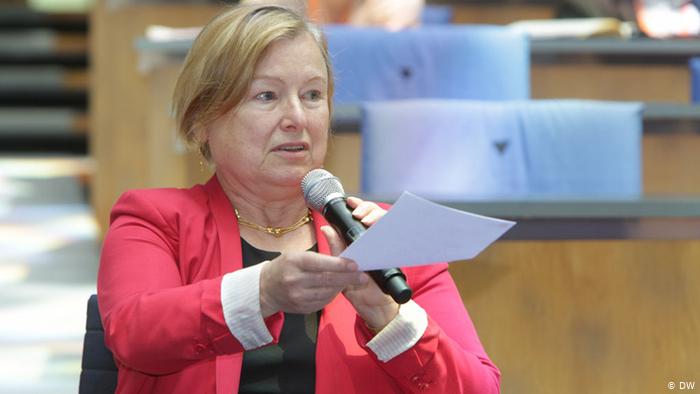 During their tenure, VOA’s radio, television, and online audience grew by nearly 109 million people to 280.9 million a week, according to annual surveys commissioned by the U.S. Agency for Global Media, which oversees Voice of America and its sister networks.

“We depart with the gratitude and joy that has marked our time together, with a dedication to our mission and admiration for each member of the VOA workforce,” said Bennett. “We will always be grateful for the chance we were given to work with such a remarkable team and we are so proud to have been a part of VOA’s incredible mission.”

Under their leadership, VOA refocused on its core mission of bringing objective news and information to those without a free press, telling America’s story, explaining America’s government and policies to the world and representing all of the U.S.

The agency adopted a new tagline, “A Free Press Matters,” opened a Silicon Valley bureau to expand technology reporting, launched an investigative journalism unit and fact-checking team (Polygraph.info), created a dedicated blog and website for international students (Student Union) and established VOA’s first ever press freedom beat. They launched new programming in all six language divisions, including new refugee- and women-focused television and radio shows, initiated simultaneous translation for major events like the State of the Union, and introduced bridge editors across the agency to foster content sharing.

On the technology front, they oversaw a major revitalization to studios and digital systems, including the development of an artificial intelligence program that provides transcriptions and translations across VOA’s 47 language services in minutes.

“There are so many brave, heroic journalists at VOA who believe passionately in the power of a free press, because they have seen the impact around the world,” said Sugawara. “It has been inspiring to work with them and learn from them.”

Prior to joining VOA in April 2016, Bennett served as an executive editor at Bloomberg News, the editor of The Philadelphia Inquirer and editor of the Herald-Leader in Lexington, Kentucky. She also served for three years as managing editor/projects for The Oregonian in Portland and was a Wall Street Journal reporter for more than 20 years. She has also been a contributing columnist for The Washington Post. A graduate of Harvard College, Bennett shared the 1997 Pulitzer Prize for national reporting with her Journal colleagues, and in 2001 led a team from The Oregonian to a Pulitzer for public service. In October 2019, VOA Director Amanda Bennett was honored by the National Press Club Journalism Institute with the Fourth Estate Award that recognizes individuals that have made significant contributions to American journalism.

In a farewell message to the VOA workforce, Bennett said, “Nothing about you, your passion, your mission or your integrity changes. Michael Pack swore before Congress to respect and honor the firewall that guarantees VOA’s independence, which in turn plays the single most important role in the stunning trust our audiences around the world have in us. We know that each one of you will offer him all of your skills, your professionalism, your dedication to mission, your journalistic integrity and your personal hard work to guarantee that promise is fulfilled.”