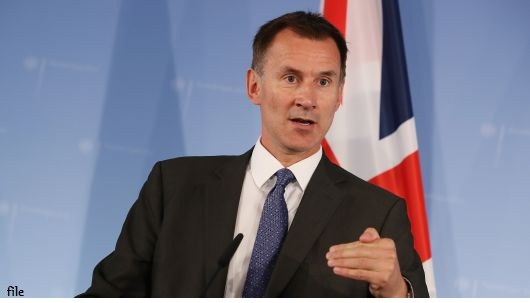 As part of its Global Campaign for Media Freedom, the British Foreign Secretary, Jeremy Hunt, has made a landmark speech during the principal UNESCO-organised World Press Freedom Day event in Addis Ababa.

The Foreign Secretary has today set out his vision to improve media freedom around the world, calling on leaders to recognise that a “media freedom is not a “Western” value, still less a colonial-style imposition, but instead a force for progress from which everyone benefits.”

Speaking at the UNESCO World Press Freedom Day celebrations, hosted by the African Union in Addis Ababa, Jeremy Hunt said in a speech that “whatever we politicians claim during election campaigns, no single party or leader or philosophy has a monopoly on wisdom. Instead the progress of humanity clearly shows that wisdom arises from the open competition between ideas when different viewpoints are given the oxygen to contend freely and fairly.”

He said that a free media “provides a channel for people to voice discontent without resorting to violence. If problems and tensions are bottled up then they are far more likely to boil over. Stopping journalists from reporting a problem does not make it go away.”

Jeremy Hunt also made the link between a free media and lower levels of government corruption, saying that “far more effective than the crackdowns regularly launched by authoritarian regimes is the sunlight of transparency – just witness the striking overlap between the least corrupt countries in global indices and those with the freest media.”

The Foreign Secretary also announced in his speech that £15.5m of UK aid money will be given to help Ethiopia run transparent, free and fair elections.

The money will build the capacity of the elections board to run the election which will make electoral operations more transparent and enhance communications and engagement for the National Election Board of Ethiopia. It will also prevent electoral violence through enhanced monitoring and early warning to improve effectiveness of electoral dispute mechanism.

If successful and peaceful, the elections in May 2020 will be a major step towards building a democratic culture in Ethiopia and will lay a platform for a continuation and deepening of Prime Minister Abiy’s political and economic reforms.

The Foreign Secretary also announced a new Chevening Africa Media Fellowship programme that will provide 60 exceptional African journalists over the next five years to gain experience in the newsrooms of Britain’s leading media organisations. This year, applicants from ten African countries will be eligible, including Ethiopia.

The Association for International Broadcasting is working with the UK Foreign Office on its Global Campaign for Media Freedom, and the major Global Conference to be hosted by the UK and Canadian governments in London on 10-11 July 2019.