TRT World Forum on “Globalisation in Retreat: Risks and Opportunities” 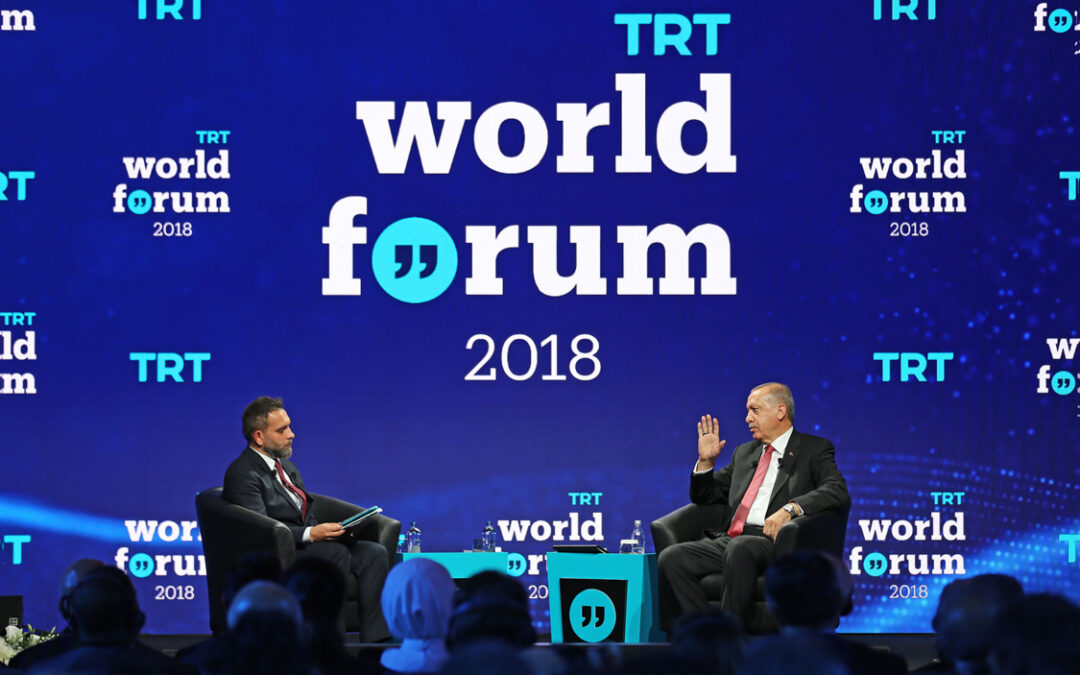 The TRT World Forum 2019 will be taking place on October 21st and 22nd in Istanbul. The theme of this year’s Forum is “Globalisation in Retreat: Risks and Opportunities”.

TRT World Forum will bring together politicians, policy makers, academics, journalists, and leading experts. The forum will highlight the most pressing global issues of our time.

İbrahim Eren, Director General and Chairman of TRT, stated that “TRT World Forum has become a world brand since its launch in 2017”. Eren added “In addition to being a public broadcasting media, TRT is also a platform in search of solutions to global problems. The Forum has become an ambitious brand in the third year and will continue to pursue success in the same way.”

TRT World Forum is seeking solutions to current cultural, political, economic and social problems. It will build on its success over the last two years in hosting eye-opening conversations with world leaders, activists, leading experts and opinion leaders.

The Forum, which will take place under the theme of “Globalisation in Retreat: Risks and Opportunities” will hold over 30 sessions over two days to discuss the issues that occupy the world agenda. Issues to be addressed include political, economic and social issues that concern the entire world, such as far-right terrorism, the rise of populism and nationalism, the future of the Middle East, trade wars, future of the European Union and the cooperation of emerging powers.