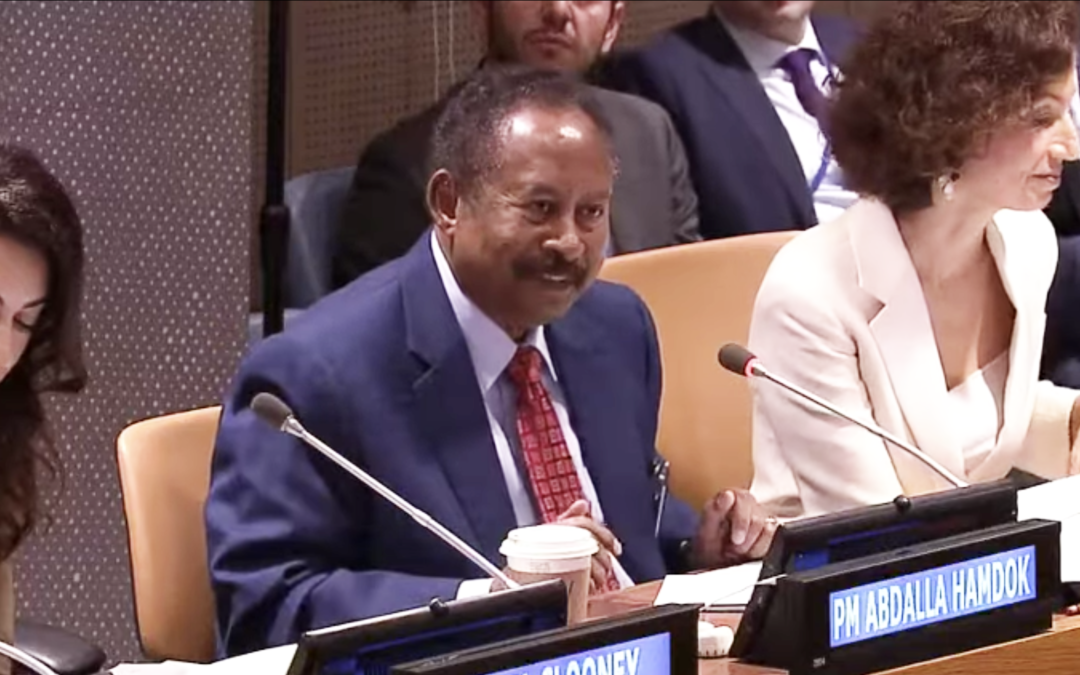 Sudan‘s newly appointed Prime Minister, Abdalla Hamdok, has told a meeting at the United Nations that international broadcasters are welcome back in the country to help build a democratic and free society.

At a UK-organised ministerial meeting on media freedom held at the UN headquarters in New York on 25 September, Hamdok said that he “grew up in Sudan in the 60s and 70s, where the BBC radio was probably the only source of international information for people. And the paradox, years after that, [is that the] BBC was prohibited from broadcasting from Sudan and people were not having access to it.”

He confirmed that the BBC was now allowed back onto FM in the country after an absence of a number of years. He also said that Monte Carlo Doualiya has been restored and that Al Jazeera which had also been banned was now back in the country. Not only were the broadcasters back on the air, but the country’s government is “very determined to create an environment that is open and allow journalists unfettered access to information but also to reporting, anywhere.

“This is actually not giving them any kind of privilege. It is good for our people. Free society, free people can only be productive, can be useful in their own lives but also for society. So I’m doing it precisely because of that.”

“The announcement by Sudan’s Prime Minister confirming the opening up of the country’s airwaves is highly positive,” said AIB Chief Executive Simon Spanswick. “It is good that AIB Members including the BBC, Al Jazeera and Monte Carlo Doualiya are now permitted to broadcast across the nation. The additional commitment to allowing journalists to report from the entire country is an immense step forward for the country and we look forward to supporting the Sudanese government and the international media community to develop Sudan’s media industry.”

The UN meeting, chaired by the UK’s special envoy on media freedom, Amal Clooney, also heard from Lord Ahmad, Foreign Office Minister, and Audrey Azoulay, UNESCO Director-General, all of whom spoke about the increasing need for media freedom globally and the Media Freedom Coalition to which 32 governments have agreed to join.