Striking where it hurts 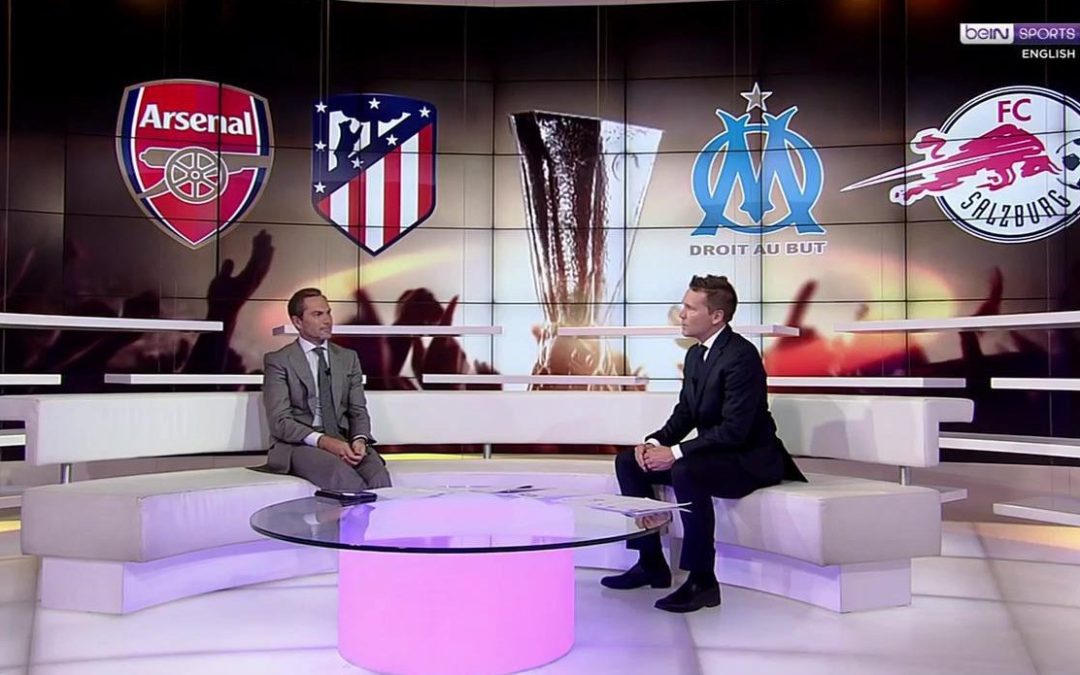 Subscription TV services are often targeted by individuals and rogue operators eager to access content for free, sometimes to redistribute it for profit. Subscription-only sports and film channels are victims of choice for pirates. The Qatar-based beIN Media Group claims that its content has been pirated and distributed across the Middle East region by a Saudi-based piracy network since October 2017. Loss of subscriptions and revenues is of serious concern for the operator less than a fortnight before the start of the FIFA Football World Cup. beIN owns exclusive rights to the World Cup, but damage and losses are likely to extend after and beyond it. The attack looks to be clearly politically motivated.

Relations between Qatar and Saudi Arabia have been quite strained over many years. Saudi Arabia, opposes the Muslim Brotherhood a political Islamist group founded in 1928, which it sees as a threat to the kingdom’s institutions and declared as a terrorist organisation in March 2014.

Saudi Arabia blames Qatar for supporting the Muslim Brotherhood, which openly supported uprisings in Arab countries from 2011, and other Islamist movements, such as Hamas, which it labelled an extremist organisation in June 2017.

Following an alleged hacking incident of Qatari news and social media websites on which false and incendiary quotes attributed to Qatar’s emir, Sheikh Tamim Bin Hamad al-Thani, were posted in late May 2017, Saudi Arabia, several Gulf Cooperation Council (GCC) countries and Egypt severed relations with Qatar. Some countries shut down all broadcasts of Qatari media inside their borders, including Al Jazeera, and expelled journalists working for the network.

Later that month these countries issued 13 demands to end the diplomatic crisis. These included calling on Qatar to end its support for extremist organisations such as the Muslim Brotherhood and Hamas, and the closure of Al Jazeera.

The beIN Media Group was created in January 2014 after Al Jazeera dissociated itself from all its sports activities. The holding expanded its portfolio to include movies, general entertainment, factual and kids content, it acquired the film and television studio MIRAMAX and the largest Turkish pay-TV platform, Digiturk, in 2016. The group has now a portfolio of some 60 channels distributed in 43 countries across five continents. 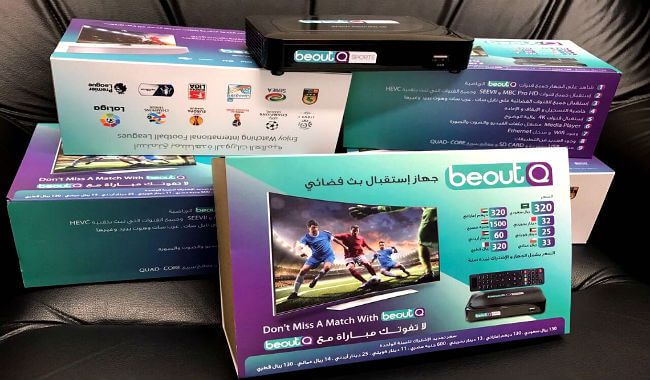 beIn claims that a Saudi-based piracy network calling itself “beoutQ” has been pirating and selling subscriptions to ten satellite channels carrying premium live sports content stolen from beIN and other broadcasters since October 2017.

This is a very sophisticated and well-funded operation. Tom Keaveny, beIN’s managing director for the Middle East, told The New York Times that beoutQ’s operation “takes industrial scale knowledge and ability and multimillion dollar funding … This isn’t someone in their bedroom.”

Pirated beoutQ channels are available on set top boxes (STBs) openly sold in retail outlets across Saudi Arabia and other countries. However, Oman banned the importation and sale of beoutQ STBs in late May.

beoutQ channels are beamed from the Arabsat-operated Badr 4/5/6/7 satellites (at 26° East).

beIN called on Arabsat to cease making its facilities available to beoutQ, but the satellite operator has denied liability.

beIN general counsel Sophie Jordan told AFP “We have requested FIFA to take direct legal action against Arabsat and the indications we have, show that they are behind that.” Despite saying it supports beIN’s anti-piracy efforts, “FIFA has been reluctant to openly criticise Saudi Arabia,” according to The Independent, unsurprisingly since Saudi and UAE investors are backing a $25bn plan to create global football tournaments for FIFA.

Saudi Arabia officials told The Independent that neither Arabsat nor the Kingdom had any affiliation with beOutQ. Furthermore, they said, Arabsat does not control the content transmitted on its satellites.

It will be interesting to see if beIN will succeed in protecting its valuable content from what seems to be a hostile state-sponsored undertaking.