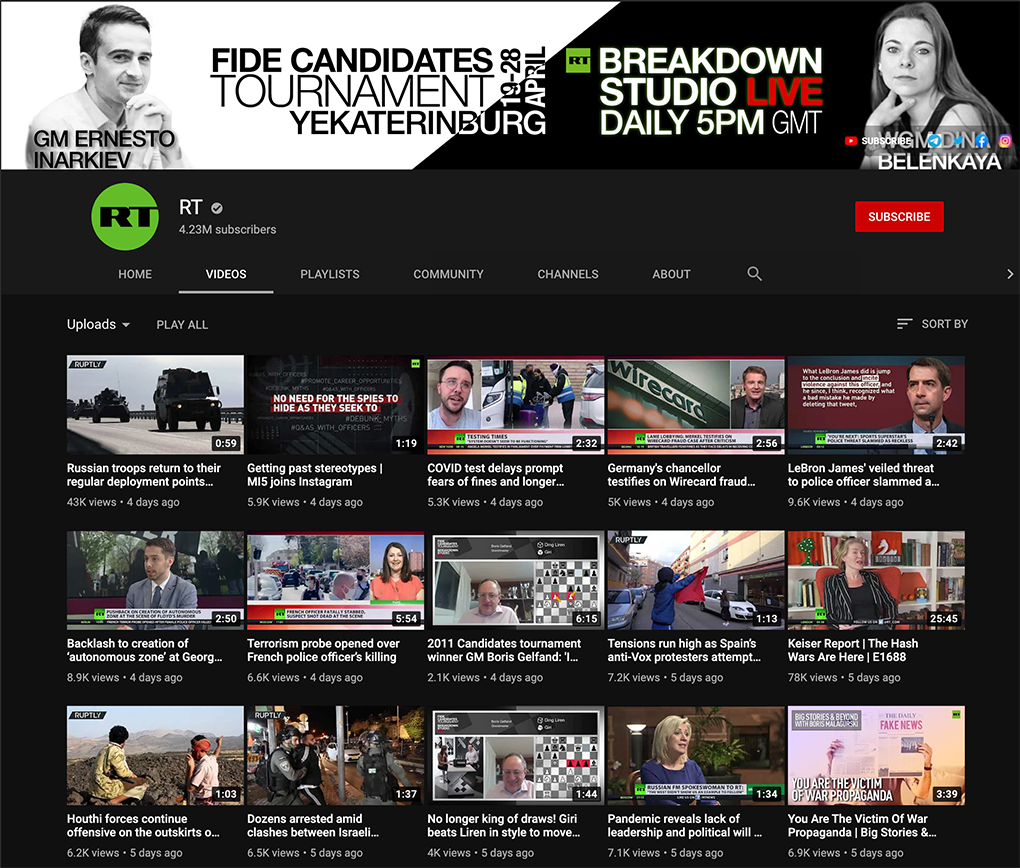 Russian media regulator Roskomnadzor says that it has written to Google demanding all restrictions on the YouTube channel of RT to be lifted.
The regulator says that YouTube has blocked a range of items from the site, and restricted RT’s ability to upload new videos.
The letter from Roskomnadzor notes that such actions by the YouTube video hosting administration violate the key principles of free dissemination of information, unhindered access to it and are an act of censorship against the Russian media.

The Russian regulator has demanded that all all restrictions be removed “as soon as possible,” as well as providing an explanation for the reasons for their introduction.

In its statement on the issue, Roskomnadzor says that according to Russian law, if Internet companies ignore warnings “about violations of the rights of Russians on the Internet, including censorship of the Russian media,” it has the power to impose “administrative fines” of up to one million roubles (about US$13,640). The regulator goes on to say that repeated refusals to comply with its requirements will result in a multiple increase in fines – up to three million roubles.

The RT YouTube channel, checked by the AIB on 29 April, shows no uploads have been made since 24 April 2021.