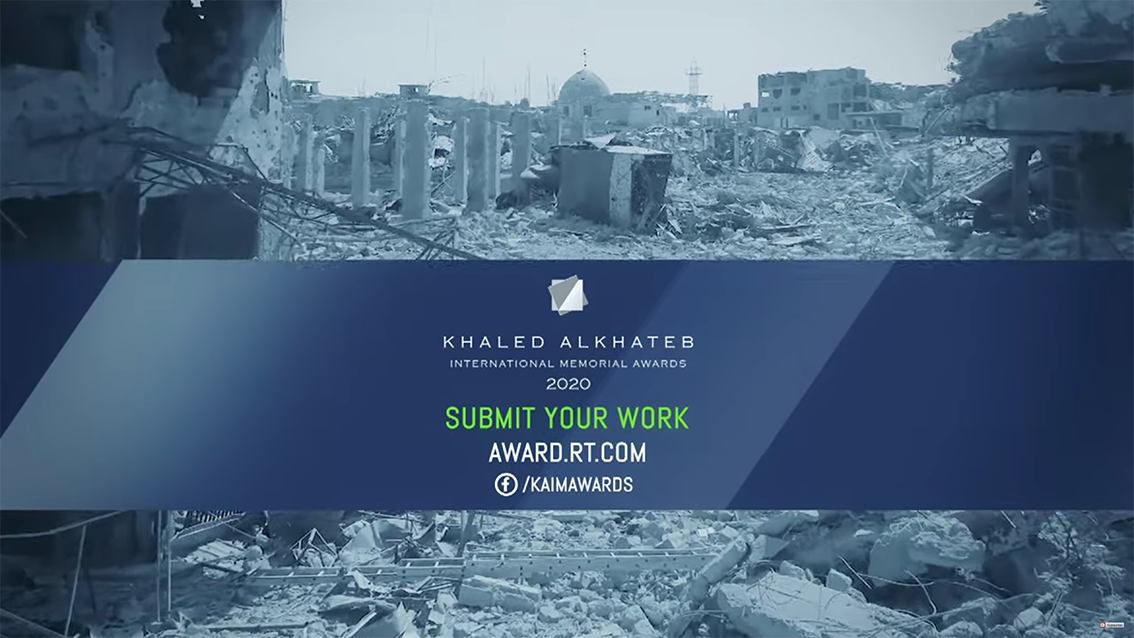 RT is now accepting entries for the 2020 Khaled Alkhateb Memorial Awards, an annual international competition that recognises the best journalism from conflict zones. The competition, now in its third year, was established in honor of RT Arabic freelancer, Khaled Alkhateb, who died in 2017 while reporting from the frontlines in Syria.

The inaugural year of the competition in 2018 saw entries from more than 20 countries in 10 different languages. The winners were journalists from Iraq and Ireland, whose reporting shed light on the situation in Iraq and Syria following the expulsion of ISIS, and a journalist from Singapore for her coverage of the seizure of Marawi, Philippines by ISIS terrorists. Judging was conducted by an international jury of news media professionals and experts on the subject of war and armed conflicts, including former CBS correspondent Philip Ittner and the Association for International Broadcasting’s Tom Wragg.

In 2019, the jury selected the best entries from 25 countries. Journalists from Russia, the US, Italy, and India took top honors for their reports about conflicts in Syria, Iraq, and Libya. The 2019 awards ceremony took place as part of the RT Media Talk – ‘Covering Conflict: Dimensions, Risks And Responsibilities Of Journalism In The Hot Zone’. Acclaimed journalists from all over the world discussed impartiality when covering international conflicts, debunking fake news from the frontlines, and other important issues facing today’s media.

The winners of the third annual Khaled Alkhateb Memorial Awards will be announced on July 30, which marks the day on which 25-year-old RT Arabic stringer Khaled Alkhateb was killed by ISIS shelling in Homs, Syria, in 2017. Khaled had been covering the fighting between Syrian government forces and terrorists.

Find out more and submit your entry at https://award.rt.com/.