The Association for International Broadcasting is pleased to announce a landmark partnership arrangement with Radio Taiwan International for the annual journalism and factual programming awards, the AIBs.

2022 is the 18th year that the UK-headquartered Association for International Broadcasting has staged the AIBs to celebrate work produced for TV, radio and digital platforms. 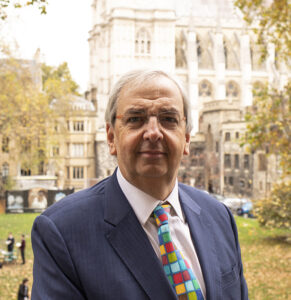 “We are delighted to welcome Radio Taiwan International as the event partner for the AIBs 2022,” says Simon Spanswick, chief executive of the Association for International Broadcasting. “Taiwan has one of the freest media environments in Asia, so it is absolutely fitting that RTI is stepping up to support the AIBs that celebrate journalism and freedom of expression internationally. The partnership with RTI is central to the continuing success and growth of these renowned and respected awards that showcase outstanding news reporting and factual programming from around the world.” 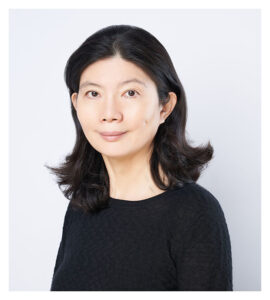 Cheryl Lai, Chairperson of RTI, adds: “RTI is committed to freedom of the media as a pillar of democracy. We believe that it is vitally important to support those who are holding truth to power around the world, and to celebrate their essential work. RTI is glad to be partnering with these important awards for journalism and factual programming. We look forward to marking the achievements of some of the world’s best programme-makers who bring the stories that matter to global audiences.”

Taiwan supports freedom of the media

Taiwan, a country of around 23.5 million people, is a major economic player in Asia and is noted as one of the world’s leading producers of computer technology. Taiwan has a stable, vibrant democracy with an independent judiciary and the country enjoys one of the freest media environments in Asia, ranking 38th globally in the 2022 RSF media freedom index. RTI is Taiwan’s international multimedia broadcaster that can trace its roots back to 1928, making it one of world’s longest continuously operating broadcasters.

The AIBs are the world’s leading awards for factual productions across TV, radio and online and attract entries from broadcasters and production companies in over 40 countries. The competition is divided into 18 categories that range from daily journalism to investigative documentary, sports journalism to human interest.

Entries to the AIBs 2022 can be submitted until 1 July 2022. Work is welcome in all languages and can be for any audience – local, regional, national, or international. After shortlisting, the finalists’ work goes to a global panel of judges who make the final decision on the competition’s winners.

The AIBs 2022 will be presented at a gala dinner in London on 11 November. This will be the first live event after a two-year hiatus caused by the pandemic. The AIBs will take place at a new venue, Church House Westminster in the heart of London – right by Westminster Abbey and the Houses of Parliament. The event is traditionally attended by guests from around the world, including key opinion leaders within broadcasting and production companies, and in politics and regulation, alongside journalists, editors, producers, and directors.