One year on, Reuters journalists remain imprisoned in Myanmar 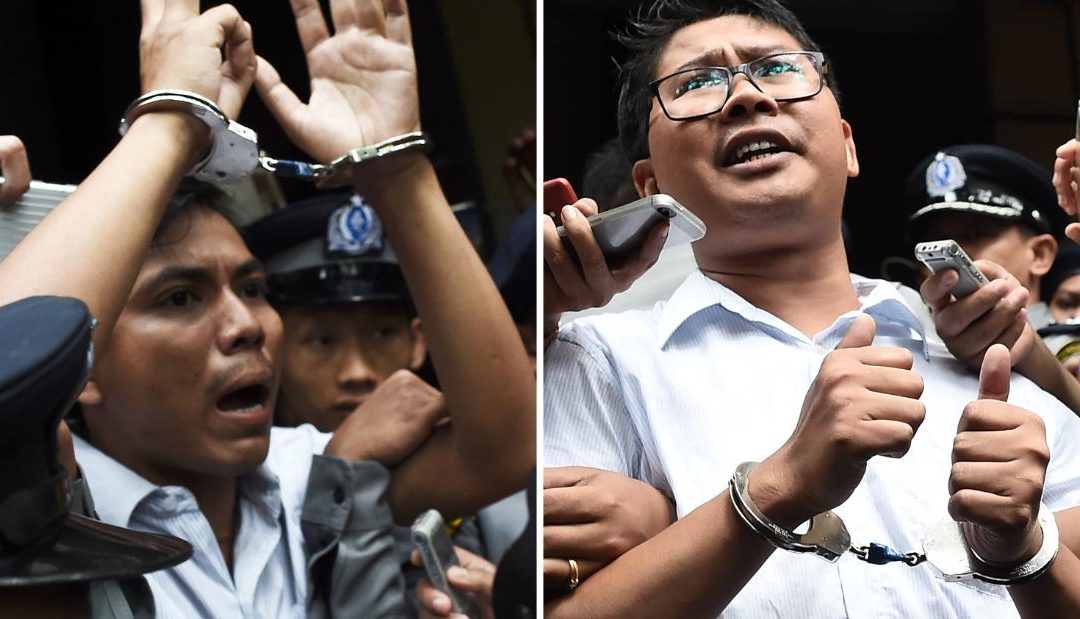 News organisations across the world have marked the one-year anniversary of the jailing of two Reuters journalists in Myanmar.

Wa Lone and Kyaw Soe Oo were convicted of breaching the country’s official secrets act, despite a lack of credible evidence against them and in the face of international condemnations from governments and civil society organisations.

On 12 December, fellow journalists and others working in the international news industry came together to demonstrate their solidarity with Wa Lone and Kyaw Soe Oo as our selection of images shows.

At the AIB, we too have marked the anniversary. We have raised the issue with the Myanmar Ambassador in London – although we have yet to receive any acknowledgement or response from the Embassy. Along with other organisations involved in media freedom, we will continue to seek the release of the Reuters journalists, as well as pressing home the need for media freedom through a new collaborative venture that the AIB is developing with its Members across the world.