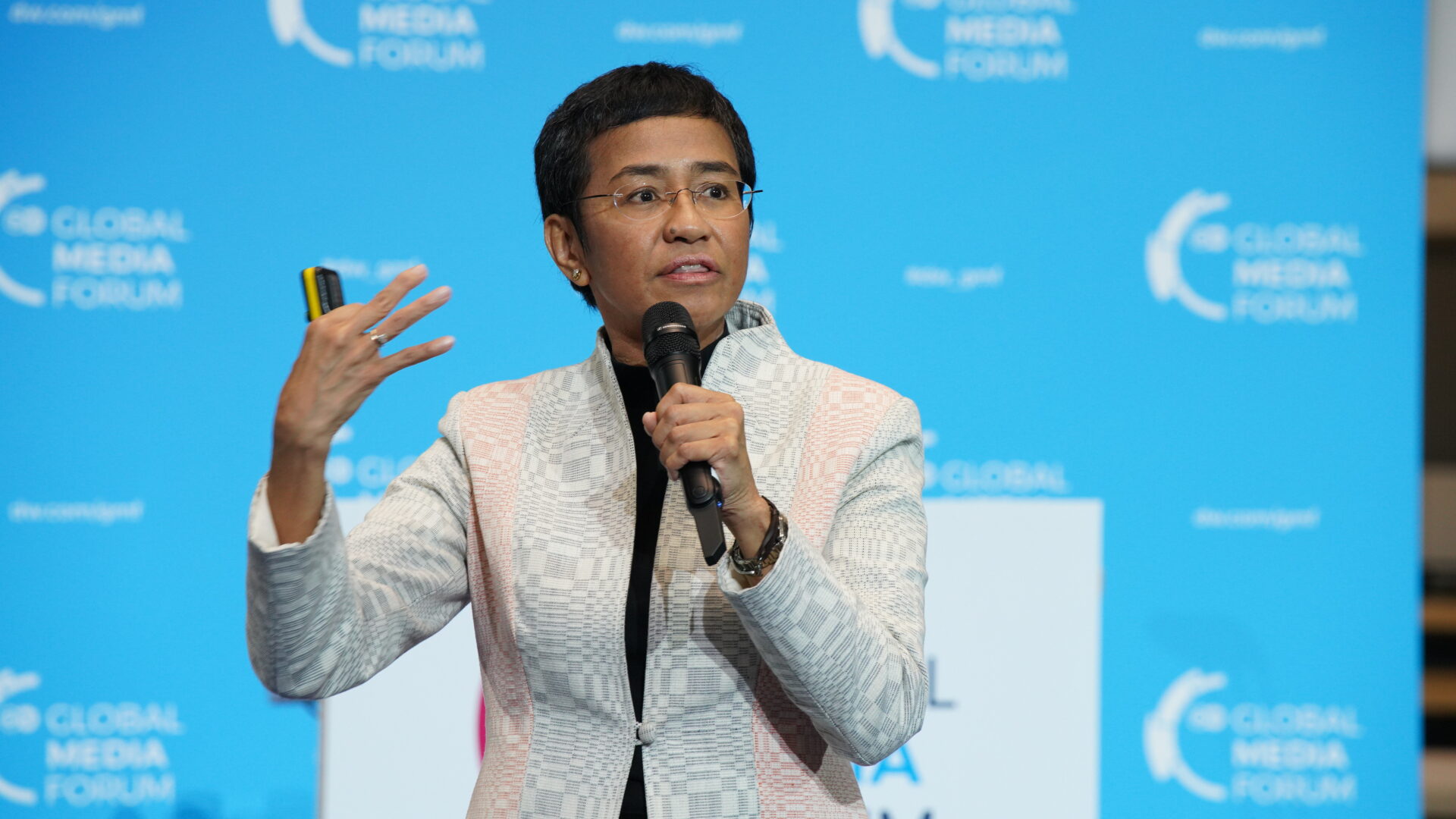 In his opening speech, DW Director General Peter Limbourg emphasized the challenges of reporting the war in Ukraine: “This is one of the times in history when journalism can definitely prove its relevance. We cannot stop the war, but we can contribute to decisive political action by keeping the fate of hundreds of thousands of people in the headlines,” he said.

Limbourg: “We are facing a storm of disinformation, propaganda and censorship. When the free and independent voices work together, we can withstand this storm and make a difference.”

In a video statement, German Federal Minister for Foreign Affairs Annalena Baerbock commended this year’s DW Freedom of Speech Award laureates Mstyslav Chernov and Evgeniy Maloletka: “I’m delighted that the Global Media Forum is honouring them with the Freedom of Speech Award today. They stand for the courage of hundreds of journalists reporting from Ukraine.”

Baerbock: “I firmly believe that free and democratic societies need free media to inform citizens and hold those in power accountable. DW’s Global Media Forum is making a vital contribution to achieving this goal. People throughout the world rely on Deutsche Welle as a source for factual, objective and balanced reporting. Because truth is indispensable – in Mariupol and in Moscow, in Brussels and in Bonn.”

North Rhine-Westphalia’s Minister-President Hendrik Wüst stated in a video message that “freedom of expression and freedom of the press” are the “foundations of a liberal democratic society.”

Under this year’s theme “Shaping tomorrow, now,” GMF panel discussions and partner sessions will address how to promote resilient journalism and strengthen civil societies in times of crisis.

Guests from the world of politics joining the GMF today and tomorrow include Claudia Roth, Minister of State for Culture and the Media; Věra Jourová, Vice President for Values and Transparency at the European Commission; Audrey Tang, Taiwan’s Digital Minister; Laura Braam, Deputy Head of Law and Supervision of the Media Authority of the state of North Rhine-Westphalia; and Katja Dörner, Mayor of the City of Bonn.

Against a backdrop of the war in Ukraine, the GMF will spotlight the challenges of reporting from the front lines by hosting war correspondents from war zones across the globe. Journalists from Germany, Ukraine and Russia such as Paul Ronzheimer, Angelina Kariakina, Tetjana Kyselchuk, Mikhail Zygar and Maria Makeeva will share how they cope with reporting on the war.

Later in the afternoon, DW will honor Ukrainian AP journalists Mstyslav Chernov and Evgeniy Maloletka with its Freedom of Speech Award in recognition of their courageous reporting from the besieged Ukrainian city of Mariupol. Ensaf Haidar, Saudi-Canadian human rights activist and president of the Raif Badawi Foundation for Freedom will attend the ceremony. Jodie Ginsberg, president of the Committee to Protect Journalists, will give a laudatory speech.

The DW Global Media Forum is Germany’s only international conference for representatives of the media from all over the world. Together with its main partners, the German Federal Foreign Office, the State of North Rhine-Westphalia, the Foundation for International Dialogue of the Savings Bank in Bonn, the Federal ministry for Economic Cooperation and Development and the City of Bonn, DW offers media professionals a unique opportunity for interdisciplinary discussions with opinion-leaders from different fields around the pressing issues of our time.