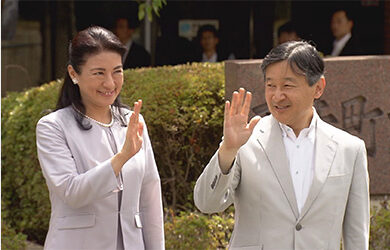 Emperor and Empress – a New Path: On the first of May 2019, a new Reiwa era began in Japan as Emperor Naruhito ascended to the throne. As a young man, the Emperor studied at Oxford University. The Empress was a diplomat before joining the Imperial Family. Drawing on rare footage and interviews with people who know them, we consider what may lie ahead for the new Emperor and Empress.

“no art, no life” spotlights artists around Japan with an undying passion for self-expression. They come from diverse educational backgrounds, and their works transcend boundaries of genres and trends, earning the name “outsider art.” This program looks in on the artistic processes that conjure one-of-a-kind masterpieces into existence.

Core Kyoto: The timeless heart of Japan’s ancient capital. Against its rich backdrop of culture and tradition, today’s Kyoto continues to innovate and inspire.