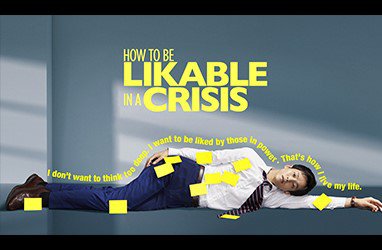 Viewers around the world now can see one of Japan’s most popular TV dramas. NHK Drama Showcase debuts on NHK WORLD-JAPAN with How to be Likable in a Crisis. The dark comedy involves a public relations specialist for a prestigious university. As he tries to escape a slew of crises, he confronts social contradictions and individual sorrows. Aya Watanabe, the writer behind many hit shows, wrote the screenplay. Tori Matsuzaka plays the main character. Matsuzaka won a Japan Academy Film Prize for The Blood of Wolves (2018) and The Journalist (2019). Tune in and enjoy his likability across all five episodes of the series.

This is a story of a 15-year hunt for one Japanese man named Satoshi. In 2005, an interactive treasure hunt game was launched in England, and quickly became popular across the globe. Tens of thousands of passionate players were solving 256 puzzles in search for the prized treasure of 100 thousand pounds. But one puzzle out of the 256, was never solved. The legendary “Billion to One” card. The goal was to find a man named Satoshi. People from all over the world kept looking for him. On Christmas 2020, 15 years after the game started, a persistent Satoshi hunter, helped by new internet technology, found him at last. Who is Satoshi? Why did it take so long to find him in a world where everyone seems so connected? This is the bizarre story of the longest hide and seek game.

A unique walking-eye view of cities around the globe! Chat to the locals and enjoy encounters that only strolling the streets can bring.

Be immersed in nature’s beauty. Discover Hokkaido at its wildest and best as our presenter guides you through its amazing experiences.