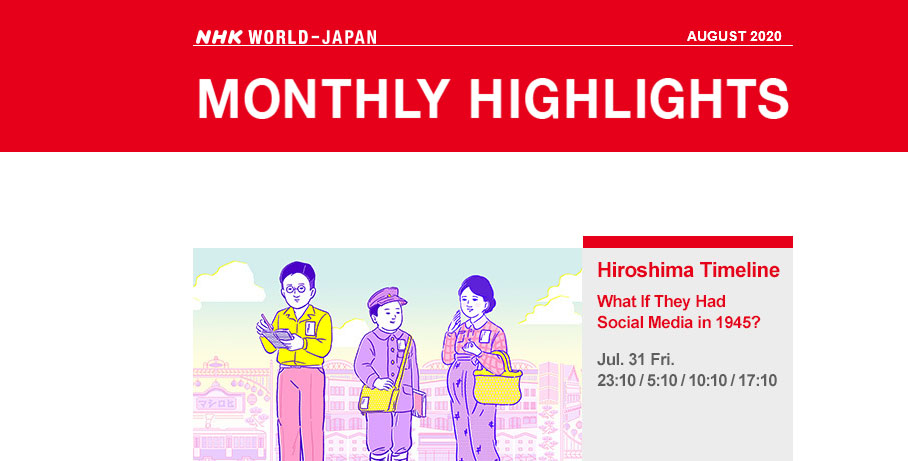 What if social media had existed in 1945, when the atomic bomb dropped on Hiroshima? This program constructs a timeline of imaginary tweets, based on actual diaries written by three Hiroshima citizens during  World War II. One was by a 13-year-old. Another was written by a 26-year-old newly wed, who prayed for her husband in the battlefield. The third was by a journalist. None of them had an inkling of the fate that awaited their city

A young boy carried the lifeless body of his even younger brother in Nagasaki, after the devastation that the atomic bomb brought. An American army photographer, Joe O’Donnell, took a picture of him waiting in line at a crematory. No one knows the boy’s name, but the photo has been seen around the world. This program shows the array of approaches being used to try to determine his identity. It also examines the struggles of other children who lost their parents to the bomb 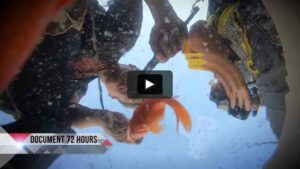 Three days in the life of…Stay in one location for 72 hours, catching glimpses into people’s lives as they open up and share