Myanmar coup demonstrates fragility of reliance on the Internet 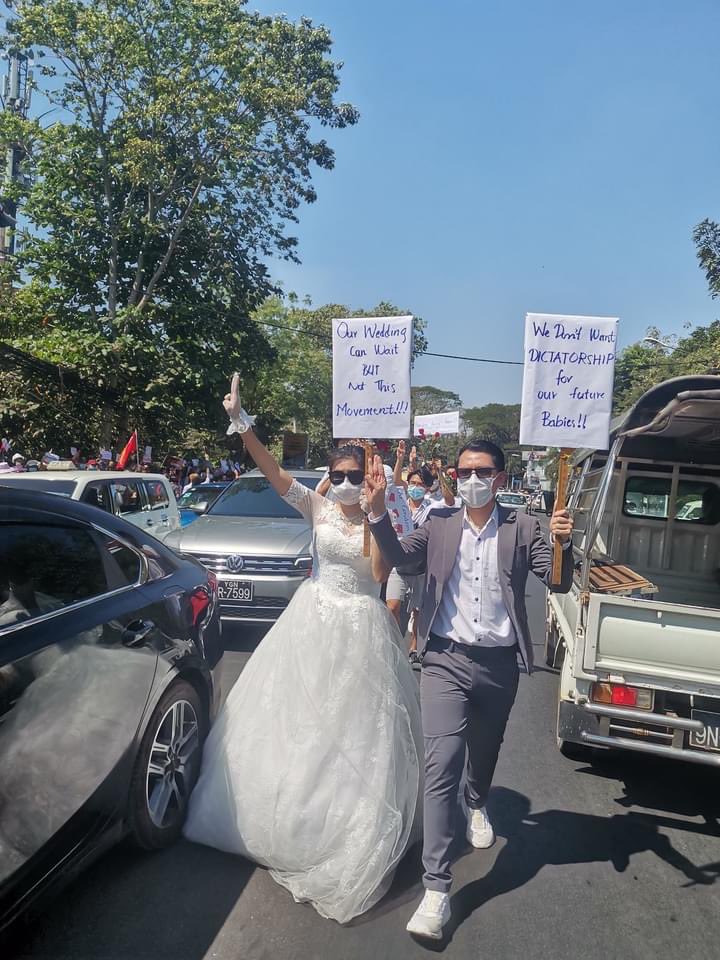 The International Telecommunication Union estimates that 53.6% of the world’s 7.75billion population are users of the Internet. The internet is inextricably linked to the lives of many of these four billion plus people. They rely on it for communication, entertainment and information. It provides a window on the world. That frightens some governments and so the Internet becomes vulnerable to being the first “off switch” that authoritarian regimes reach for at times of crisis.

That is exactly what happened in Myanmar as the military coup unfolded at the start of February 2021. Telecommunication connections were disrupted from around 0300 local time in the country on 1 February. By 0800, according to Netblocks, national connectivity fell to around 50% of usual levels. By midday on 1 February, connectivity had increased to around 75% of normal levels.

At the weekend, connectivity fell across Myanmar with users of major networks in the country reporting difficulty getting online. This increased level of restrictions came as protests against the military coup gathered pace across the country. By the afternoon of Saturday 6 February, the Internet was almost entirely shut down.

Telling the story is a challenge 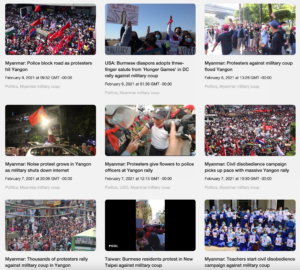 The restrictions made reporting from Myanmar challenging for broadcasters, with limited access to pictures and reports as the Internet shutdown continued. Via the AIB, pooling of resources started to be discussed as rivalries between channels were put aside in an effort to report about developments in the country to the world.

Berlin-based news agency Ruptly says that it has provided a range of coverage from Myanmar since the coup. The agency has two producers on the ground in the country and is also sourcing and verifying UGC to offer the most complete coverage it can aim for. The agency says that its live coverage at the beginning had to be covert, filmed from within the crowds of protesters.

For continuing coverage, Ruptly says that it aims to provide live transmissions every day as further crackdowns against protesters loom. Both its producers on the ground are active and are following events. Ruptly’s Video Unit team is collecting a portfolio of sources among protesters and will try to uncover “side stories including small experiences that reveal bigger impact”.

Reaching audiences in the country

For broadcasters trying to serve audiences in Myanmar, the challenge of Internet restrictions is a major headache. With international broadcasters now relying heavily on social media platforms and their own websites to reach audiences, a shutdown such as the one imposed in Myanmar means significant potential reductions in impact in the country. Shortwave broadcasts do remain on the air in the Burmese language from the BBC, Radio Free Asia, NHK World and Voice of America, alongside religious broadcasters Adventist World Radio and Trans World Radio. However, shortwave has fallen out of fashion in Myanmar just as it has in the rest of the world, so its reach is limited compared to the immense potential audience that exists in the online world.

Broadcasters aiming programmes to Myanmar are encouraging audiences to use VPNs to access services. The use of VPNs has increased dramatically since the coup with some reports estimating that requests for VPNs from people in the country have increased by 4,600%. Specialist peer-to-peer services such as Briar, Ouinet, NewNode, Qaul.net, and Ayanda promoted by the US-based not-for-profit Open Technology Fund allow users to potentially circumvent national restrictions to access Facebook and similar social media platforms. Other services include Psiphon, Lantern, FreeBrowser and the Tor Browser.

Meanwhile Norway’s Telenor – which operates Telenor Myanmar – says that since restrictions were imposed in certain regions in the country in June 2019, it “has been advocating for the restoration of services and emphasised that freedom of expression through access to telecoms services should be maintained for humanitarian purposes”.

It is unclear when the restrictions on Internet access and social platforms will be lifted in Myanmar. It is worth noting that even in Myanmar, pressure delivered by social media on the military has been effective. Freedom House reports that after a video showing abuse at a military academy went viral in Myanmar, public outrage forced the military to launch a high-level investigation, something that Freedom House says was an unprecedented gesture toward accountability from the country’s most untouchable institution. Perhaps there is hope that the current shutdown will be relatively short-lived.

Photo: A couple interrupt their wedding in Myanmar to join protesters against the military coup TWITTER/@KhinGantgawKyaw