Lansing statement on reform at the Office of Cuba Broadcasting 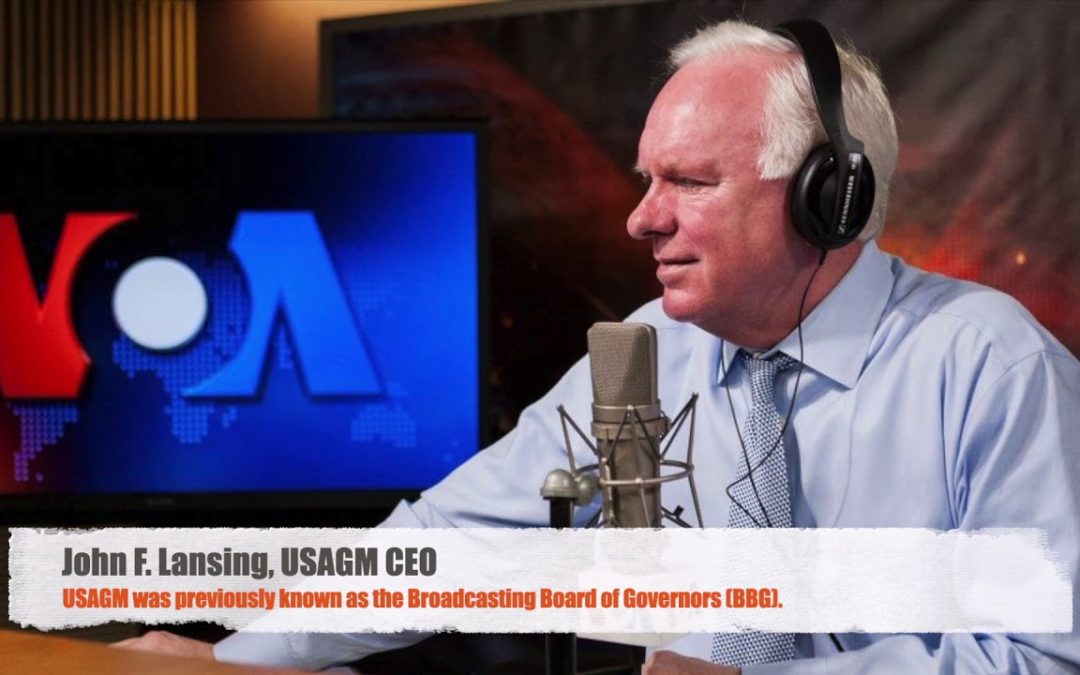 The U.S. Agency for Global Media (USAGM) and its networks are mandated by law to abide by “the highest professional standards of broadcast journalism” (22 USC 6202). All of its networks, including the Office of Cuba Broadcasting (OCB), support the Agency’s mission of informing, engaging, and connecting people around the world in support of freedom and democracy. Adhering at all times to the journalistic values of accuracy, fairness, and balance is fundamental to that mission.

In May 2018, OCB aired a blatantly anti-Semitic video segment about George Soros that was deeply offensive and wholly inconsistent with USAGM’s professional standards and ethics. Upon learning of the situation in October, I ordered a thorough and multi-faceted review of OCB content, operations, and personnel.

As part of this wholesale review, a panel of independent experts examined an extensive sample of OCB content to identify and address any patterns of unethical, unprofessional, biased, or sub-standard journalism. The results of that panel are presented in this report.

In addition, the Agency internally reviewed OCB’s journalistic standards, editorial processes, and personnel practices. Furthermore, a comprehensive human resources investigation of the incident was completed and the agency has terminated, or is in the process of disciplinary action against, employees and contractors who have been deemed responsible. Collectively, these reviews highlight some urgent needs at OCB – particularly in shoring up journalistic principles and practices.

With reform in mind, I have assembled a joint USAGM-OCB working group to take up and carry out the recommendations from these reviews. To start, the working group will focus on five areas:

We commit to making this process collaborative and transparent. We will be reaching out to stakeholders to solicit their input and will report out our progress and next steps at quarterly intervals.

These efforts are part of a longer arc of modernization and reform at OCB. In June 2018, Tomás Regalado was appointed as Director of OCB. Tomás brings to this leadership position an impressive journalism career and a history of public service, having served as City Commissioner and two-term Mayor of Miami. Since day one, Tomás has led on an ambitious program of revitalization for OCB, and he will remain a key driver of these continued reform efforts.

In addition, OCB appointed a new Central News Director to lead the newsroom in reinforcing editorial and ethical standards and implementing long-term newsgathering strategies. USAGM has also initiated the search for a Standards and Best Practices Editor, a new position at OCB, to provide oversight of OCB’s editorial and journalistic processes.

In the interim, the Voice of America (VOA), which operates as a separate news operation but is also under the USAGM umbrella, has sent their Editor for News Standards and Best Practices to Miami to conduct mandatory training for all OCB employees involved in content and programming. VOA is required by law to produce fair and unbiased journalism. It has a rigorous set of standards for stories and social media, and has established editing and production practices that enforce these standards. Additional training covering fairness, objectivity, balance and bias in coverage will be required for all OCB employees going forward; the Anti-Defamation League has already provided training for staff.

I know that the path ahead will not be easy, but I – and all of USAGM – stand committed to the challenge. OCB is at all times required to adhere to the highest standards of professional journalism and any deviation from that is unacceptable. Our audience in Cuba has an urgent need for news that is representative of the highest professional standards, and we will not let them down.