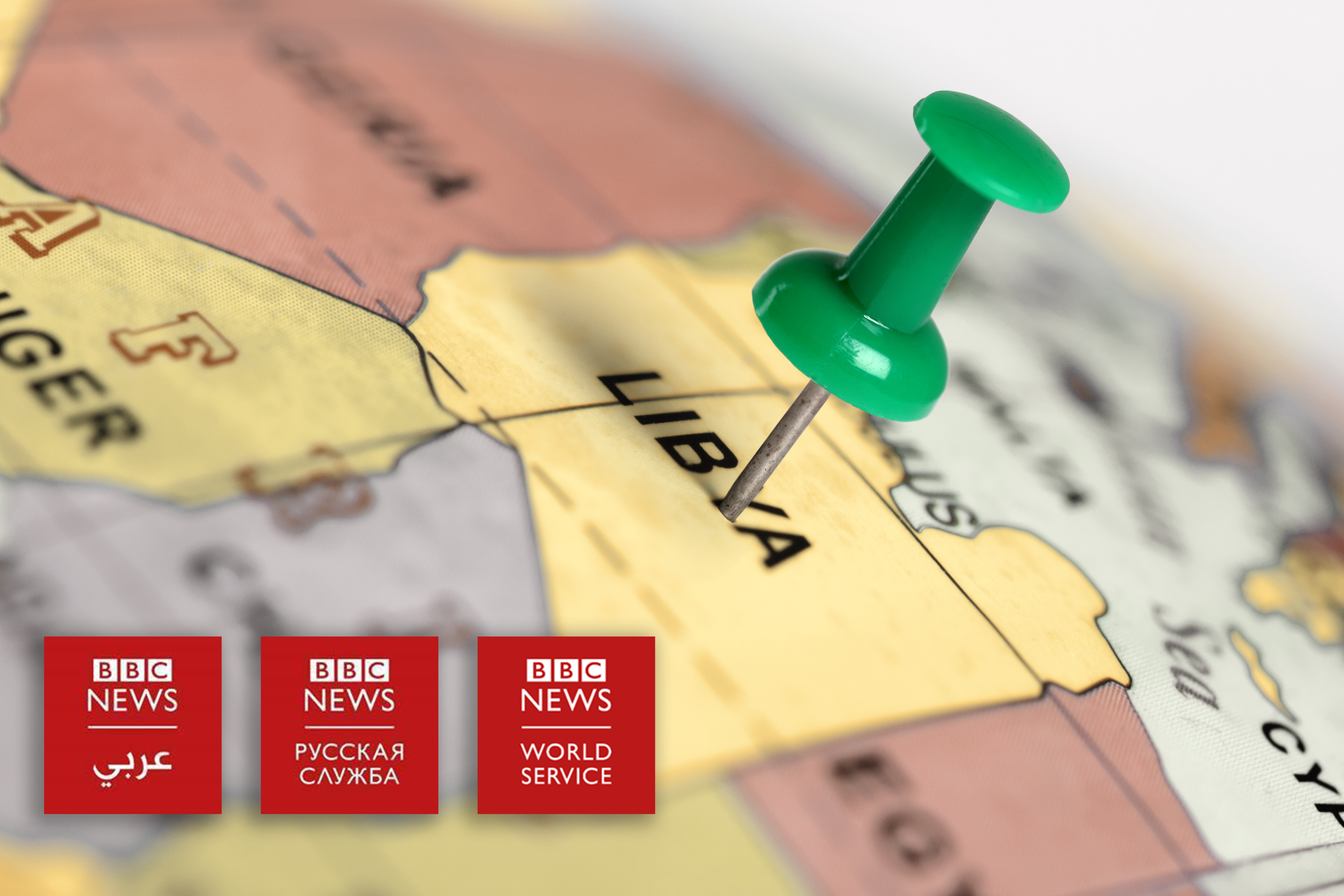 BBC News Arabic and BBC News Russian have teamed up to deliver a TV documentary which investigates the presence in Libya of fighters who are working for the Wagner Group – a shadowy Russian organisation supplying fighters to war zones – fighters who are accused of war crimes by the local population. Haftar’s Russian Mercenaries: Inside the Wagner Group reveals the organisation’s apparent access to sophisticated modern weapons that, according to expert testimony, could only come from Russian military supplies.  While Wagner employees almost never speak publicly, two former fighters discuss the types of people who are drawn to the organisation, their motivations, and the organisation’s goals.

BBC News Arabic and BBC News Russian journalists Nader Ibrahim and Ilya Barabanov reveal and analyse the contents of a tablet computer left behind by the Russian fighters when they were forced to retreat from the Libyan capital, Tripoli, in spring 2020. The tablet’s secrets include reconnaissance drone footage and manuals for anti-personnel mines and IEDs. Military maps of the frontline give an unprecedented insight into the group’s operations, as well as codenames of Wagner fighters, which helped the BBC to identify some of them. The tablet also provides evidence of the Russian mercenaries’ involvement in the mining and booby-trapping of civilian houses.

The film includes accounts of other suspected war crimes, among them the intentional killing of civilians. A Libyan villager describes how fighters, he believes were from the Wagner Group, kidnapped his father, his two brothers and their brother-in-law and later executed them. This blindfolded eyewitness survived by playing dead but still managed to glimpse the killers. His testimony, together with footage of Wagner fighters, allows the BBC to identify one suspected killer – a mercenary also suspected of involvement in possible war crimes in the conflict in Eastern Ukraine.

The killing of prisoners is also a war crime. Mohammed, a young veteran from Libya’s government forces, recounts how his soldiers were overwhelmed by Russian fighters who were better equipped and more professionally trained. He describes how one of his men was shot as he tried to surrender.  Four of them are still missing.

The BBC has obtained documents linking Wagner’s mercenaries in Libya to Evro Polis, a Russian company reported to be a beneficiary of contracts for oil and gas field developments in Syria. Yevgeny Prigozhin, a rich businessman close to President Vladimir Putin and currently under US sanctions, has been linked to both Evro Polis and Wagner by the Russian media and foreign intelligence sources.

One of the documents is a request for military equipment for Wagner’s continued operations in Libya. It was addressed to an unnamed “General Director”, believed by some to be Prigozhin.  A military analyst tells the BBC how the document suggests that, contrary to official Russian denials, such state-of-the-art technology would only be available from the Russian military.

A spokesperson told the BBC that Yevgeny Prigozhin has nothing to do with Evro Polis or Wagner.  Mr Prigozhin commented: “I have not heard anything about the violation of human rights in Libya by Russians and I am sure that this is an absolute lie.”

The Ministry of Foreign Affairs of the Russian Federation has responded to the allegations contained in the film:  “Russia is doing its utmost to promote a ceasefire and a political settlement to the crisis in Libya.  Information about the presence of Wagner employees in Libya […] is mostly based on rigged data and is aimed at discrediting Russia’s policy in the Libyan direction.”

Jelena Aparac, Chair-Rapporteur of the Working Group on the use of mercenaries, under the UN Human Rights Office of the High Commissioner, comments: “The Working Group on the use of mercenaries is concerned by the increased involvement and proliferation of non-state actors such as ‘Wagner’ operating in contemporary armed conflicts. The lack of transparency on their status, rules of engagement, roles and command structures allowed states to obscure their involvement in conflicts and evade responsibilities. We have repeatedly called for urgent attention and discussions on ways to counter mercenaries and related activities and supported the discussions on legally binding instruments for private military and security companies.”

Commenting on the investigation, the director of the documentary, Nick Sturdee, says:  “This film provides an unprecedented window into the workings of the Wagner Group and its relationship with the Russian state, uncovers detailed and hard evidence of Russian mercenaries fighting to topple the UN-recognised government in Tripoli, and broadcasts powerful testimony linking Wagner fighters to war crimes committed in Libya.”