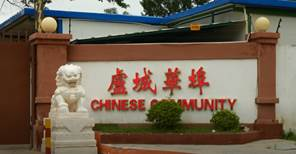 Reporters Plus – Zambia: Under Chinese Influence

Over recent years, China has become an alternative source to Western aid for many African countries. In this “Reporters Plus”, France 24 focuses on Beijing’s influence on the continent with the example of Zambia. Indeed, it is the African country where China invested the most in 2020.

The relationship between the two countries goes back to the 1960s. Today, China owns a third of Zambia’s debt and Chinese companies are present in every key sector, from agriculture to mines and industry. While the Chinese presence in the country was praised at first, it is now facing growing criticism, openly voiced by those on the campaign trail in the run up to the presidential election.

With China using the Covid-19 crisis to strengthen its health diplomacy in Africa, France 24’s journalists Roméo Langlois, Nicolas Germain and Yi Song had unprecedented access to Chinese companies in Zambia, shared the daily lives of their directors and bring viewers an exclusive report.