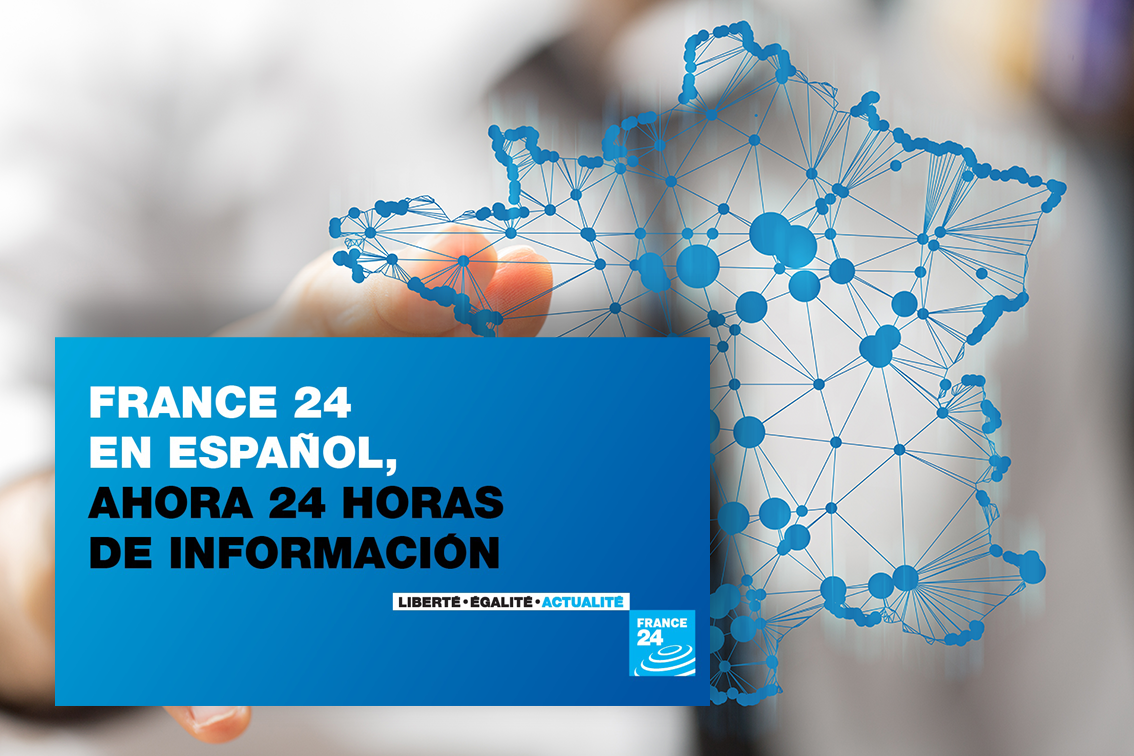 After doubling its broadcast time in September 2019 (from six to 12 hours a day) France 24 in Spanish, which is celebrating its fourth birthday, will broadcast 24 hours a day from 24 September 2021.

This development enables the channel to increase its competitiveness in Latin America, offering viewers continuous news in Spanish, a brand-new morning show, more news bulletins, magazines, reports and debates. This offer is now equivalent to those from Paris in English, French and Arabic.

Since its launch in 2017 (in partnership with Radio France Internationale’s Spanish service), France 24 in Spanish has successfully grown in Latin America: today it broadcasts in 17 of the 19 Spanish-speaking Latin American countries, as well as in Brazil. It is available in 12.5 million households, plus 12 million more with its partial broadcast in Mexico.

The channel’s 24/7 broadcast will enable to accelerate its growth and increase its viewership in the Latin America. Media surveys already confirm France 24’s growing performance in terms of awareness on the continent as well as viewers’ trust in its programs. They highlight in particular the trustworthiness, reliability and relevance of the channel.

On September 24, for the launch of France 24 in Spanish’s 24 hours daily broadcast, all four channels bring viewers live broadcasts between the Spanish newsroom in Bogota and the English, French and Arabic ones in Paris, as well as with RFI’s Spanish service.