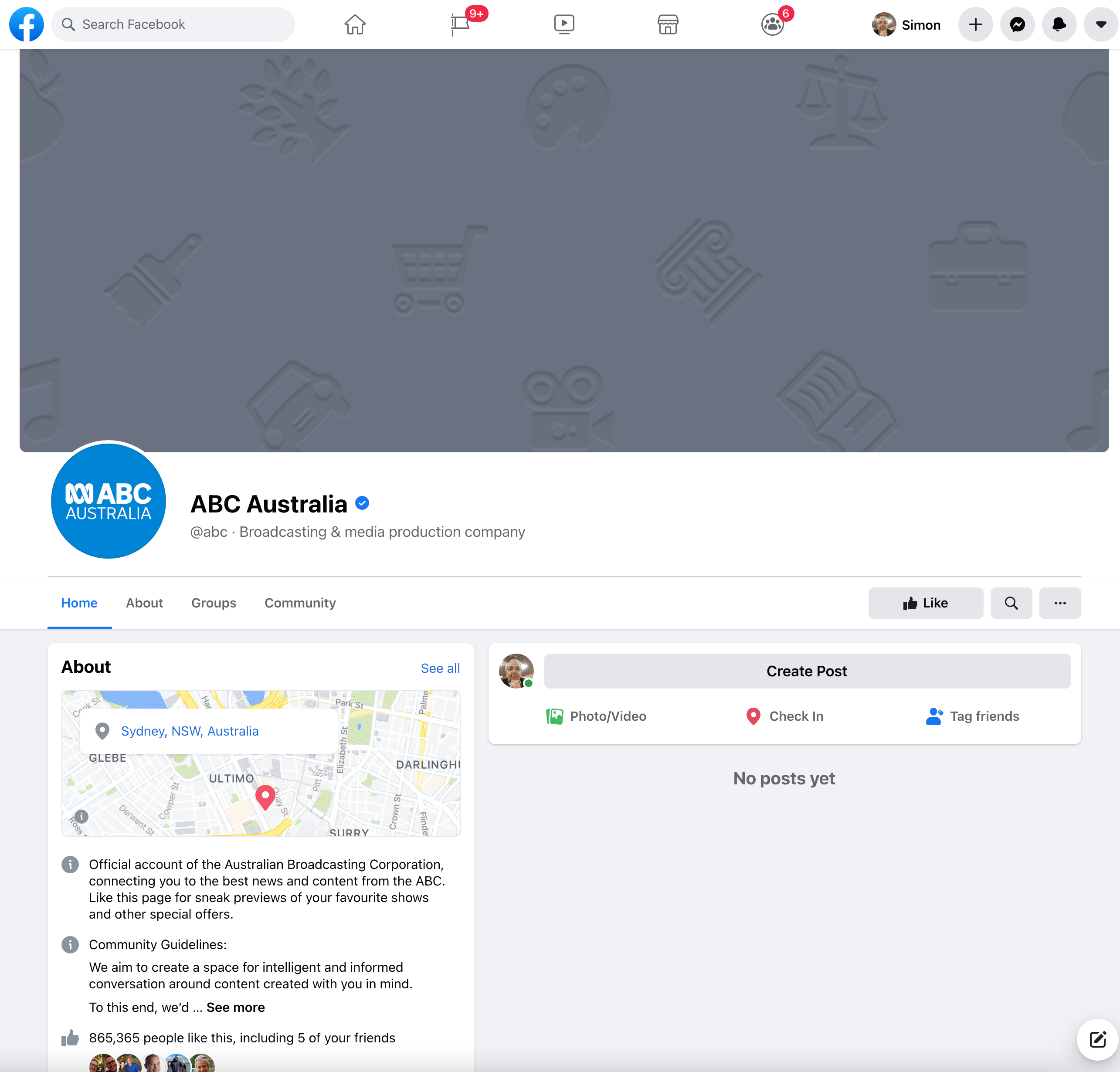 Global social media platform Facebook has, according to Australian Prime Minister Scott Morrison, “unfriended Australia”. Morrison’s comments follow the closing of all news providers’ Facebook pages – whether domestic or international – in response to a proposed law in the country that would force companies like Facebook pay for news content on their platforms.

The ban has taken away access to the Facebook feeds of public broadcasters ABC and SBS, commercial news channels such as Nine Network, as well as whole raft of other organisations that may have only the most tenuous connection with news – such as Brisbane-based Podnews which reports on developments in podcasting across the world. Commercial radio’s trade association, Commercial Radio Australia, has also had its page blocked, although the Community Broadcasting Association of Australia has escaped the Facebook axe as this article was being prepared. The AIB’s main Facebook page has been blocked and our awards website appears to have had its contents filtered

Many Australian government Facebook pages were blocked, along with pages of organisations such as the Bureau of Meterology and Queensland Health – both later restored. A list of affected pages was compiled on this Twitter feed. A Google document keeping tab on pages that are down has also been created by Elliott Bledsoe.

In addition, the pages of news organisations across the world – including the BBC, Al Jazeera, New York Times for example – are now not accessible in Australia.

In a statement on the issue made by Managing Director David Anderson, the ABC said:

ABC News is Australia’s number one digital news service and the nation’s most trusted news outlet.

The ABC’s digital news services will always remain free and accessible to all Australians on the ABC website and via the ABC News app, providing independent and reliable news, information and analysis.

Despite key issues such as the COVID-19 pandemic having ongoing effects on all Australians, Facebook has today removed important and credible news and information sources from its Australian platform.

We will continue our discussions with Facebook today following this development.

Facebook’s Managing Director for Australia and New Zealand issued a statement saying that “with a heavy heart” it was choosing to stop allowing news content on its services in Australia.

The social platform is a major source of news in Australia, according to the Reuters Institute Digital News Report: In spite of this, Facebook says it generates little revenue from news although it is clear that news is one of the drivers for people to use the platform. 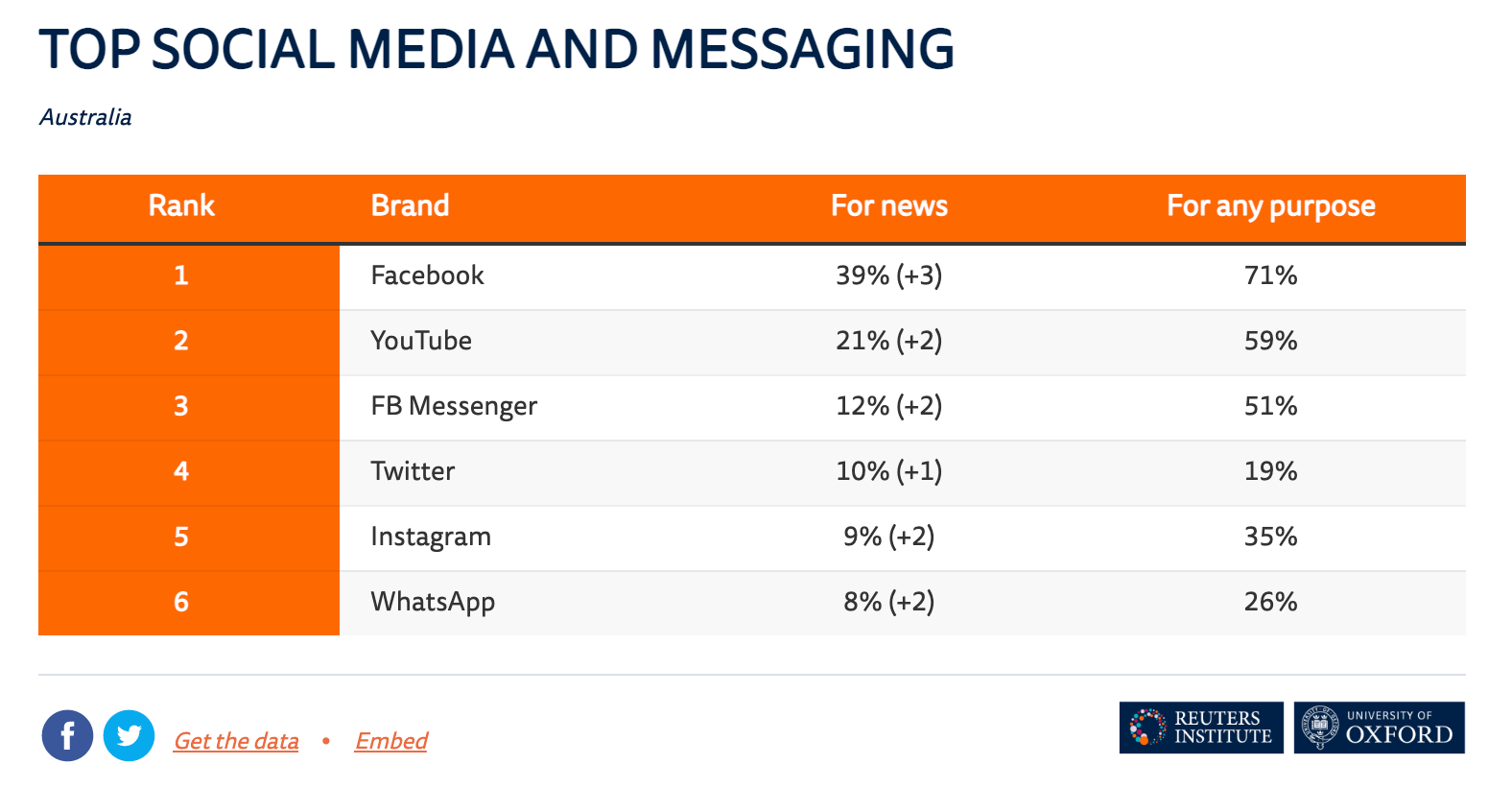 Unlike in Myanmar where VPNs allow the country’s citizens to circumvent the military’s ban on the Internet and social platforms, the use of virtual private networks does not help in Australia. That’s because Facebook has stopped the pages at source and disabled the content. It’s unclear whether the assets of all the items that a major news organisation such as the ABC are preserved on Facebook servers to allow the page to be reactivated if the social platform reverses its decision in the future.

Have you been affected? Let us know by sending us your comments or story at editorial [at] aib.org.uk.