France 24 protests use of its footage in Trump campaign ad 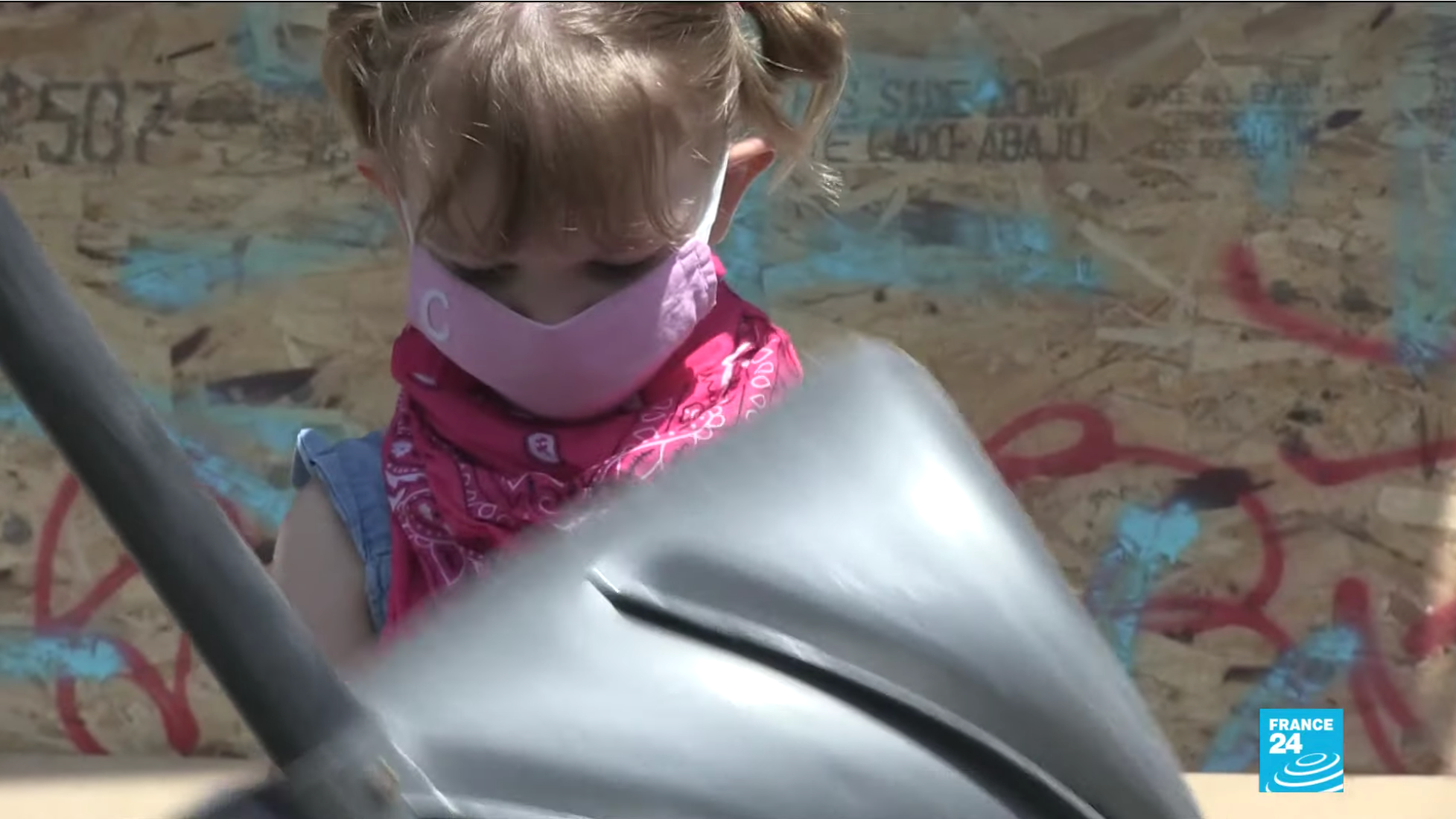 According to a report in the Washington Post, France’s international broadcaster France Médias Monde is taking action against the Trump campaign over what it says is the unauthorised use of footage from a report France 24 filmed in Minneapolis in June 2020. France Médias Monde has confirmed the story to the AIB.

Here is the report written by the Post’s Greg Sargent:

A new ad launched by President Trump’s campaign in Wisconsin offers viewers a split universe: The first half displays violence, looting, fires and imagery of Joe Biden shrouded in dark, sinister hues. The second half suddenly brightens, as images of a determined Trump appear against the backdrop of an American flag and military helicopter.

That second, brighter half also shows footage of a man, a little girl and several others busily cleaning up the mess created by violence, as a narrator intones that Trump will protect “Wisconsin families” and “communities.”

But now this ad may become a public relations problem for the Trump campaign.

What’s more, the man in the ad — who appears during the portion that extols Trump’s great leadership — appears to be a big supporter of Joe Biden and Black Lives Matter, and he is also strongly objecting to his inclusion.

The Trump ad in question shows the footage of the man and the little girl at around the 17-second mark. The effect is to position them as belonging to the part of the ad that depicts Trump’s universe as a kind of “Good Place” — communities and families cleaning up devastation left by the violent anarchists supposedly allied with Biden, who inhabit the “Bad Place” portion of the ad.

That footage appears to come from a news segment aired by France 24 about protests in Minneapolis. The organization told me that after closely examining the ad, they have concluded the footage is indeed theirs.

“France 24 was deeply disturbed when it discovered the unauthorized use in a campaign clip of video images taken from a France 24 report shot during recent protests in Minneapolis,” Marie-Christine Saragosse, the CEO of France Médias Monde, the parent company of France 24, said in a statement sent to me.

“France 24 strongly objects to the unauthorized use of its video images for partisan purposes,” Saragosse continued. “France 24 requests that this footage be immediately removed from the campaign clip and is considering legal action should this request not be promptly met.”

The France 24 segment also shows those people in a somewhat different light than their depiction in Trump’s ad, which simplistically portrays them as belonging to the bright, pro-Trump portion, in contrast to the dark, violent, Dante’s “Inferno”-esque Biden half.

The news segment depicts the complexities of the situation: It features supporters of the protesters lamenting the violence and devastation in Minneapolis, including one woman wearing a mask featuring the “I can’t breathe” logo, a reference to George Floyd’s death under the knee of a White police officer.

France 24 tells me it objects to the simplistic presentation of its footage in the pro-Trump portion of the ad (it appears the ad also reversed the images of the little girl holding a small garbage pail).

“The channel is all the more outraged by the fact that these images were reedited and taken out of their context, thereby harming the journalistic integrity of France 24 reporters and the channel’s intellectual property,” Saragosse’s statement says. A Trump campaign spokesperson didn’t immediately provide a comment.

Meanwhile, the man in the ad is actually identified in the France 24 segment as Patrick Nailon. In it, Nailon was prominently featured wearing a Black Lives Matter T-shirt and said he had driven into Minneapolis to help with the cleanup.

By contrast, the ad used footage of him in a way that makes it borderline impossible to see his Black Lives Matter T-shirt logo.

Nailon, who was tracked down by a Democratic operative, told me he strongly objects to his inclusion in the ad and the black-and-white depiction it offered.

“I definitely feel used,” Nailon told me. “It’s disgusting that I’m a part of it. They even kept from showing my full T-shirt. It was devious.”

Nailon added that the bifurcated depiction was also dishonest. “The devastation was not created by people protesting the death of George Floyd,” he said. “We’ve since learned that there were instigators who showed up.”

Nailon also insisted that the ad dishonestly represented the many people who had come from all around the region to clean up, including many supporters of the protests.

“It mischaracterizes the people who were there that day,” Nailon told me. “As if that somehow had to do with community that Donald Trump inspired in people.”