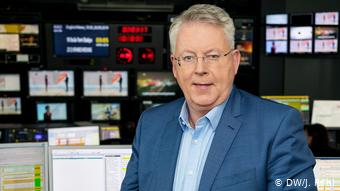 In 2020, DW‘s journalistic offerings are reaching 249 million weekly user contacts and have thus significantly exceeded the company’s target for 2021. In comparison with the previous year, the number of user contacts increased by 52 million (plus 26 percent) which is the highest growth rate to date.

Online offerings once again show the most considerable increase with a 46 percent rise.
More than three-quarters of online usage can be attributed to videos, and a similarly high proportion of users are interacting with DW content on their smartphones or tablets.

The use of DW radio services, which has remained stable in recent years, is now showing a strong increase with 12 million more radio users per week compared to last year. Especially in DW’s broadcasting languages Hausa, Kiswahili and French, radio usage has again increased considerably.

Online usage increased, especially in the spring of this year, due to the strong demand for information on the coronavirus. However, the figures have stabilized on a sustained basis at this high level.

Director General Peter Limbourg: “The continuous increase in our usage figures for several years is proof of the relevance of DW’s offerings. The fact that we have been able to consolidate our strong growth besides our reporting on the pandemic speaks for our journalistic quality.”

Cooperation between editorial departments and the Audience Development team further enhanced the profiles of DW’s social media accounts and aligned them even more to the individual needs of users in different target regions. This has led to strong growth, especially on Facebook and YouTube.

The demand for DW content continues to be particularly strong in sub-Saharan Africa. This year, it rose primarily due to higher usage of radio services and the expansion of regionalized TV services. In Europe and the Middle East as well as North Africa, the use of DW services increased most significantly, especially through regular interview segments on TV (in the Balkans and Greece, as well as in Iraq and Algeria), but also across all online platforms.