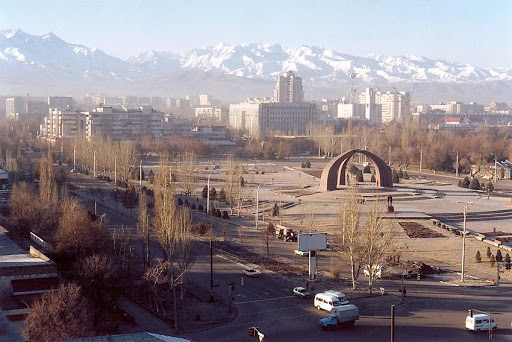 BBC News Kyrgyz will mark its 25th anniversary with a special, extended edition of its monthly TV programme, BBC Sapar. Recorded at a studio of Kyrgyzstan’s Public Television and Radio Corporation (OTRK), the programme’s  anniversary edition is a 90-minute gala event bringing together politicians, journalists – as well as singers, dancers, and actors, who have performed in London.  It will be broadcast by OTRK and via the BBC News Kyrgyz website bbc.com/kyrgyz and YouTube channel at 22.15 Bishkek time on Thursday 3 June.

Since its first radio broadcast on 3 June 1996, the BBC’s Kyrgyz service has built a weekly audience of over 3 million people in Kyrgyzstan, now also delivering its trusted content via its website, social-media platforms and TV. Looking ahead, the service is considering moving some of its vast and timeless archive radio programming – including Books by Radio – to the podcast platform.

Congratulating the BBC News Kyrgyz team for 25 years of public-service broadcasting, BBC Director-General, Tim Davie, said:  “It’s a fantastic achievement and is the result of years of dedication, creativity and innovation.  BBC Kyrgyz goes to the heart of what the World Service is all about – bringing the world to Kyrgyzstan and Kyrgyzstan to the world through accurate, impartial and engaging content.”

In an exclusive interview with the BBC, the Kyrgyz President Sadir Japarov said that he has been a longstanding BBC listener and follows the international news on the BBC Kyrgyz  TV bulletin. “While I was in jail and lost my loved ones, the BBC was the only media outlet that wasn’t afraid of approaching my family and asking about my wellbeing,” he said.

Over the past 25 years, the BBC’s collaboration with Kyrgyzstan’s Public Television and Radio Corporation (OTRK) has strengthened, proving its resilience throughout the often turbulent times. Today, OTRK broadcasts the BBC News Kyrgyz radio news and current-affairs programming on FM frequencies, while the BBC’s 15-minute Monday to Friday evening TV news bulletins and the monthly documentary programme, BBC Sapar, are part of OTRK’s TV schedule.