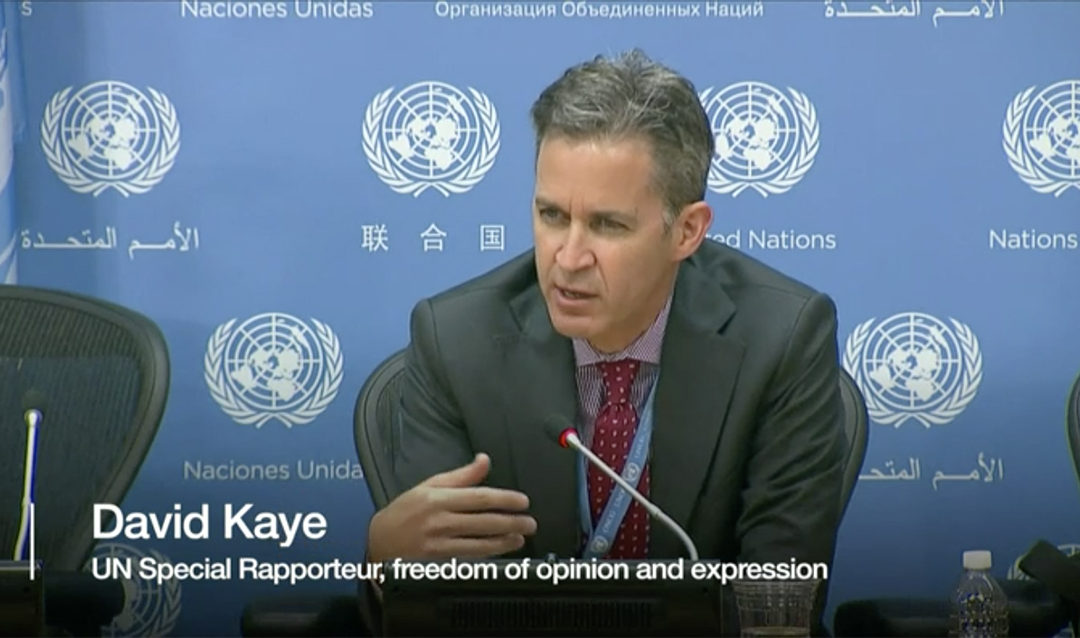 The BBC has filed an urgent complaint to David Kaye, UN Special Rapporteur on the promotion and protection of the right to freedom of opinion and expression, on behalf of the staff of its BBC Persian service.  The urgent complaint has also been sent to Asma Jahangir, UN Special Rapporteur on human rights in Iran, who will on Wednesday during her statement to the UN raise her concerns about the harassment of BBC Persian staff and their families.

The appeal comes after the Iranian authorities initiated a criminal investigation into 152 BBC Persian staff, former staff, and contributors, for “conspiracy against national security” in Iran and abroad. A subsequent court order freezes the assets of BBC Persian staff, meaning they cannot inherit family assets and preventing them and their families from selling assets, like property or even cars, in Iran.  This is a deprivation of human rights which is against the Iranian constitution.

This is the latest in a sustained campaign of harassment and persecution which is designed to pressure journalists against continuing their work for the BBC. The campaign includes cases of the arbitrary arrest and detention of BBC Persian staff’s families, the confiscation of passports and travel bans on family members leaving Iran to prevent them from seeing their relatives working for the BBC Persian Service, ongoing surveillance and harassment, and the spread of fake and defamatory news stories designed to undermine the reputation of BBC Persian staff and their families.

“The Iranian government is conducting what appears to be a politically motivated investigation into 152 BBC Persian staff, former staff and contributors, accusing them of conspiracy against national security in Iran.  This is an unprecedented collective punishment of journalists who are simply doing their jobs. This is not just a campaign against BBC Persian staff but against fundamental human rights, and the BBC calls on the government of Iran to end this legal action immediately.

“BBC Persian provides independent, fair, and impartial news to a huge number of people in Iran and beyond, thanks to the dedication and professionalism of its staff. I would like to pay tribute to them and their families for their resilience in the face of years of concerted intimidation from the Iranian authorities.

“The BBC, on behalf of its staff, will use all available legal avenues to challenge this order and we call on the international community to use their own influence in Iran to persuade the authorities that this completely unacceptable treatment must end.”

Since the disputed 2009 presidential elections – when the Iranian government accused foreign powers of interference – BBC staff and their parents, siblings and friends have suffered at the hands of the Iranian authorities. Examples include:

Many BBC Persian staff have not been able to visit their dying parents for fear of imprisonment or being prevented from leaving Iran.  Reputations have been attacked in the press and on social media with false and defamatory allegations. Many staff have been subjected to fake news accusing them of sexual impropriety or sexual acts which are illegal in Iran, including those which attract the death penalty.

The BBC’s complaint to the UN cites numerous severe breaches of Iran’s obligations under various international treaties to which it is a signatory.

The Association for International Broadcasting has written to the Iranian Ambassador in London protesting about the attacks on BBC Persian staff.