BBC seeks to double global audience to one billion 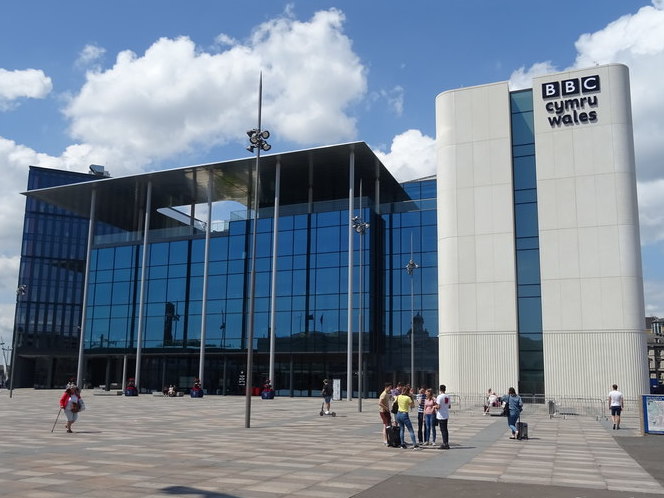 BBC Director-General sets out vision for next seven years

The BBC Director-General Lord Tony Hall gave a New Year’s address to staff from the new BBC broadcast centre in the Welsh capital, Cardiff, on 14 January.

In his wide-ranging speech – relayed to all BBC offices in the UK and abroad – Hall said that the plans he was announcing would set the Corporation up for the rest of the current Royal Charter period that runs until 2027.

Hall said that the BBC brand is “recognised, and at times revered”, all over the world, with 426 million people using BBC products every week. He praised the work of BBC Studios, the in-house production unit, highlighting the immense audience for the landmark “Planet” series produced by the BBC Natural History Unit. Alongside this, BBC News is growing as it gives “so many more people access to news and information they can trust”. He cited the example of India where the BBC is now reaching 50 million people, an increase of 70% in the last year.

Now Hall wants to build on these successes and double global reach to one billion people every week by the end of this decade. He praised the last UK government that provided new funding for BBC World Service and he said that he’s looking forward to working with Boris Johnson’s new government. In addition, Hall wants to develop the BBC global brand and associated revenues further, gaining additional revenue from outside the UK at the same time as reaching the one billion audience figure.

Hall said that Fran Unsworth, Director of BBC News, is looking at new ways of working, including how best to bring the diverse range of BBC News teams together and how they can best create impact among audiences, including making sure that all the Corporation’s audiences recognise that BBC News “is really for them”. There’s to be a new “story-led” approach to commissioning in News and more detail on this will be announced towards the end of January. “It’s not just about how we cover news, it’s about what we cover’” said Hall. Audiences have told the BBC that they want explanation and analysis that helps them explore solutions. During 2020 there will be a “major focus on big themes, the things that matter beyond the headlines and the immediate.”

Hall spoke of the new Cardiff headquarters for BBC Wales that uses the newest generation of broadcast technology, live IP. He said that the building in the centre of the Welsh capital is the “most connected and flexible media centre in the world,” that is also the “greenest and most sustainable broadcast centre in Europe and…the world’s most accessible building for neurodiversity.” The renowned school of journalism at Cardiff University has moved alongside the BBC in the city.

Outside Wales, a new BBC technology hub is being created in Newcastle-upon-Tyne in the north-east of England. This is where software engineers, designers, product developers and data scientists will be based, driving the BBC’s digital services for UK and international audiences.

The curation team of BBC Sounds – the digital app for audio content – will be based at Salford on the outskirts of Manchester in the north of England. Hall said that BBC Sounds will be opened up to new British creators and will bring the best podcasts to everyone – presumably meaning that the platform will be available to storytellers to use to reach larger audiences. The BBC Sounds app will become available globally later in 2020, taking live BBC content and archived material to international audiences.

Importantly in terms of sustainability, Hall said that he wants to see “what it would take to make the BBC’s operations carbon neutral in this Charter period.” The BBC created the Albert initiative that broadcasters and production companies can use to help them become more sustainable. The AIB has been working with Albert to take its message to broadcasters and producers internationally.

Reading between the lines, Hall’s speech was perhaps a message to the UK government that said: “we know what we need to do, and we’re doing it. Mess with the BBC at your peril.” For example, moving more teams to places across the UK can be seen as a hedging move, protecting the BBC from accusations of being too London-centric and making it harder for any future licence-fee settlement to shrink the BBC’s staff numbers if it poses a threat to regional jobs and economies. The fact that Hall cited the way other organisations are drawn to where the BBC is establishing or expanding bases demonstrates that the presence of the BBC is a local multiplier, helping to drive growth in the media and digital sectors where it operates.

There is more news to come from the BBC over the coming weeks. Broadcasters and media companies, both in the UK and around the world, as well as politicians will be looking at how the world’s largest publicly funded broadcaster is adapting to ever-increasing competition from streaming services, the challenges in the news sector and the problems associated with climate change.