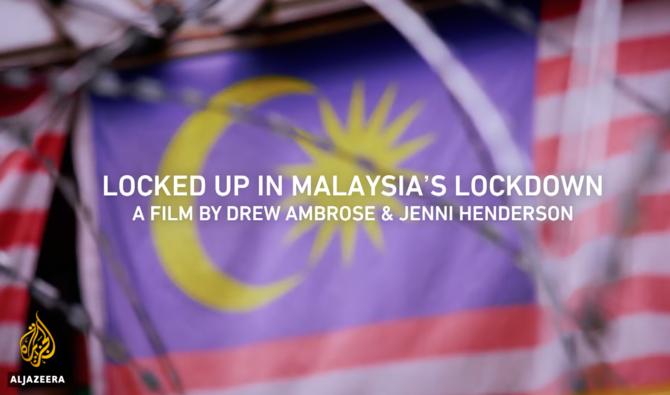 Al Jazeera has serious concerns about developments that have occurred in Malaysia since the broadcast of its 101 East investigative documentary, “Locked Up in Malaysia’s Lockdown” on 3 July 2020. The documentary looked at why Malaysia’s illegal foreign migrant workers are at risk in the time of COVID-19.

Malaysian officials have criticised the documentary as being inaccurate, misleading and unfair.

Al Jazeera strongly refutes these charges and stands by the professionalism, quality and impartiality of its journalism.

The 101 East documentary strand, a weekly programme from across the Asia Pacific region, has a reputation for producing in-depth journalism of the highest quality. Many of its programmes have been internationally recognised with prestigious awards from across the globe, including the AIBs.

The episode “Locked Up in Malaysia’s Lockdown” contains the views and experiences of a wide range of people from different backgrounds, including a well-respected Malaysian doctor and Malaysian relief worker on the frontlines. As stated clearly in the film, Al Jazeera acknowledges that Malaysia’s Covid-19 response has successfully contained the spread of the virus. The programme also clearly shows the humanitarian efforts made by Malaysian organisations which provide direct assistance to migrants in need. The episode does not contain the personal opinions of any Al Jazeera staff.

Al Jazeera repeatedly sought to obtain the government’s view, by requesting interviews with a number of senior government ministers and officials.  Repeated requests for interviews were not accepted. Al Jazeera also sought to attend the Defence Minister’s press conferences, but was told only state media could attend. Despite the government’s refusal to be interviewed, Al Jazeera still produced a balanced film by including comments made by the Defence Minister at two press conferences.

The documentary captured events, including immigration raids, as they unfolded in real-time in Malaysia. These events were also widely reported by many other media outlets, both domestically and internationally.

Al Jazeera is deeply concerned that its staff are now subject to a police investigation. Charging journalists for doing their jobs is not the action of a democracy that values free speech. Journalism is not a crime. Al Jazeera also has grave concerns about the sustained online harassment its staff are facing. Reporters have been targeted with abusive messages and death threats. The personal details of current and former staff have been published online, in a serious breach of privacy which could potentially expose them to great risk both now and in the future.

Al Jazeera is also concerned for the safety of those interviewed in the documentary who have also been subjected to abusive online harassment and hate speech. People should feel free to speak with the media and express their views without the fear that they could be targeted. In a world in which the media face increasing threats, Al Jazeera calls for media freedom and the right to report freely without intimidation.

Al Jazeera calls upon the Malaysian authorities to desist from initiating any criminal investigation into its professional, impartial journalism.

Al Jazeera English is prepared to host a representative of the Malaysian government to respond to the matters raised in the documentary.

The AIB has written to the Malaysian High Commissioner in London to protest the investigation launched against the team of Al Jazeera journalists who compiled the documentary. You can read the letter here.