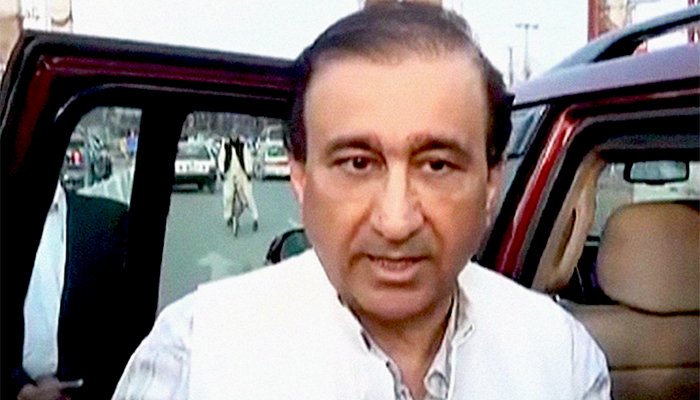 The Association for International Broadcasting has today – 13 March 2020 – called for the immediate release of the Chief Executive, Owner and Editor-in-Chief of the Jang Media Group, Mir Shakil-ur-Rahman. He was arrested on 12 March by the National Accountability Bureau [NAB] of Pakistan in a case over a property transaction that dates back 34 years to 1986. Jang Media Group owns AIB Member Geo TV as well as some of Pakistan’s largest newspapers.

The arrest appears to be linked to investigations undertaken by Geo TV into the operation of the NAB during the past 18 months. The NAB is a federal institution that is responsible for anti-corruption work in the country.

Commenting on the arrest, a Jang Group spokesperson said: “In the past 18 months, the NAB sent our reporters, producers and editors, directly and indirectly, over a dozen notices, threatening shutdown of our channels (via PEMRA [Pakistan Electronic Media Regulatory Authority]) due to the Jang/Geo Group’s reporting and its programmes about the NAB. In its defence, the NAB has in writing said that it is a constitutionally-protected institution that can’t be criticised.”

“This is a significant and retrograde step for the media industry in Pakistan,” said Simon Spanswick, chief executive of the AIB. “It is deeply concerning that the head of one of Pakistan’s most widely-consumed media groups should be arrested on spurious charges relating to a transaction over a third of a century ago. Due process appears not to have been followed in this case and we call on the Pakistan authorities to immediately release Mir Shakil-ur-Rahman.”

The arrest is the culmination of a continuing campaign that has been waged against Jang Media Group – and Geo TV in particular – over the past two years. In February 2018, a number of cable operators in Pakistan suspended Geo TV from their channel packages, allegedly as a result of direct government pressure to drop the network.

In a press conference on Friday 13 March, the Special Assistant to the Prime Minister of Pakistan on Information and Broadcasting, Firdos Ashiq Aswan, denied that the government had applied any pressure on NAB to arrest Mir Shakil-ur-Rahman.

In a further development, media regulator PEMRA is reported to have directed cable operators to move Geo TV channels to the last positions in EPGs, or to cease carrying the channels.

The AIB will be raising the arrest and the wider pressure being exerted on Geo TV within the Media Freedom Coalition, an international ministerial-level group of 36 nations, at its Advisory Network meeting scheduled for the week of 16 March. In addition, the AIB is making representations to the Pakistan High Commissioner to the United Kingdom.