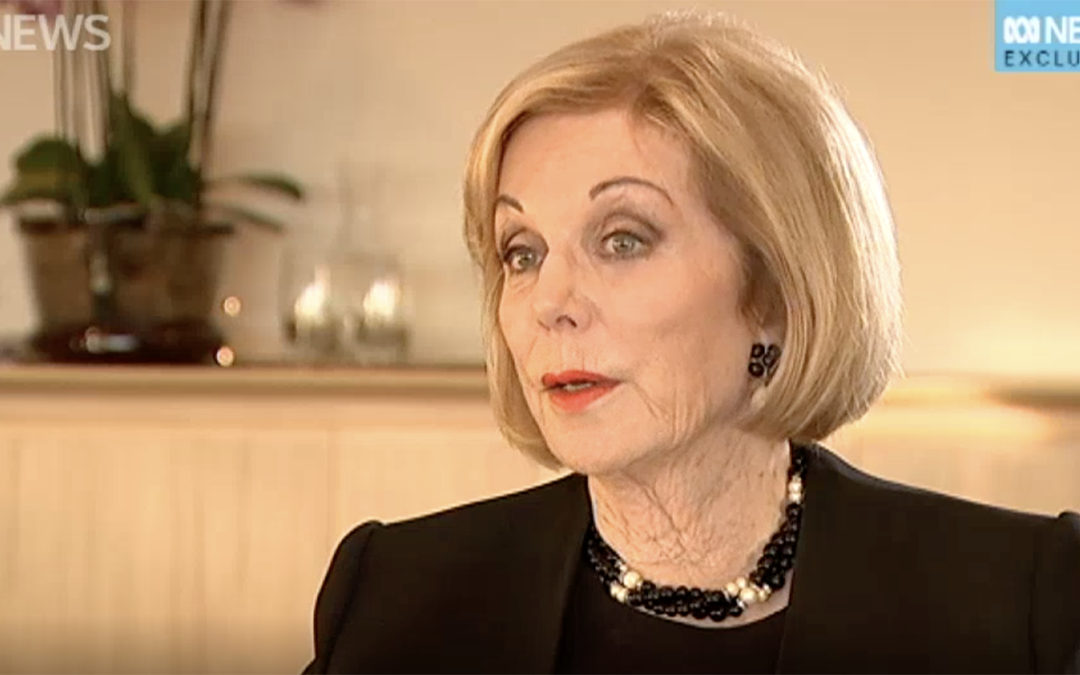 Following the raid on the ABC, the Corporation’s chair Ita Buttrose issued this statement:

On behalf of the ABC, I have registered with the Federal Government my grave concern over this week’s raid by the federal police on the national broadcaster.

An untrammelled media is important to the public discourse and to democracy. It is the way in which Australian citizens are kept informed about the world and its impact on their daily lives.

Observance of this basic tenet of the community’s right to know has driven my involvement in public life and my career in journalism for almost five decades.

The raid is unprecedented – both to the ABC and to me.

In a frank conversation with the Minister for Communications, Cyber Safety and the Arts, Paul Fletcher, yesterday, I said the raid, in its very public form and in the sweeping nature of the information sought, was clearly designed to intimidate.

It is impossible to ignore the seismic nature of this week’s events: raids on two separate media outfits on consecutive days is a blunt signal of adverse consequences for news organisations who make life uncomfortable for policy makers and regulators by shining lights in dark corners and holding the powerful to account.

I also asked for assurances that the ABC not be subject to future raids of this sort. Mr Fletcher declined to provide such assurances, while noting the “substantial concern” registered by the Corporation.

There has been much reference in recent days to the need to observe the rule of law.

While there are legitimate matters of national security that the ABC will always respect, the ABC Act and Charter are explicit about the importance of an independent public broadcaster to Australian culture and democracy.

Public interest is best served by the ABC doing its job, asking difficult questions and dealing with genuine whistle-blowers who risk their livelihoods and reputations to bring matters of grave import to the surface. Neither the journalists nor their sources should be treated as criminals.

In my view, legitimate journalistic endeavours that expose flawed decision-making or matters that policy makers and public servants would simply prefer were secret, should not automatically and conveniently be classed as issues of national security.

The onus must always be on the public’s right to know. If that is not reflected sufficiently in current law, then it must be corrected.

As ABC Chair, I will fight any attempts to muzzle the national broadcaster or interfere with its obligations to the Australian public. Independence is not exercised by degrees. It is absolute.