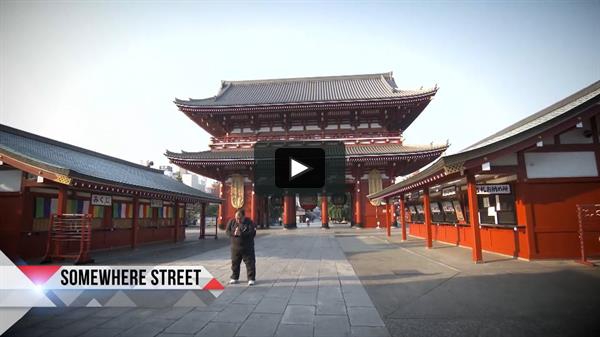 These are some of the programme highlights of NHK WORLD TV for the month of December:

Baja’s Studio   [December 27]          Dreams are the stock-in-trade of KOHATA Anime Studio. The people of this fictional facility take care of Baja, a creature that looks something like a hamster. One evening, when Baja peeks outside, he sees a cat attacking his friend, a duck. Baja embarks on a mysterious nighttime mission, hoping to rescue his companion.  Directed by Ichiro Miyoshi , Animation: Kyoto Animation

ABU TV Song Festival in Tokyo [Part 1: December 29; Part 2: December 30]        Top musicians from 11 countries and regions presented a multi-cultural extravaganza at the 8th “ABU TV Song Festival” of Asia and the Pacific. Shingo Murakami, the MC of “SONGS OF TOKYO,” hosts the performance. Hey! Say! JUMP and Joe Hisaishi, both from Japan, join artists from other places, including A. R. Rahman, Na Ying and TWICE. Tune in for a tuneful tour of this part of the world.

Home Sweet Tokyo, Season 3 [Saturdays in December]          Still just a few months into their move to Tokyo, life is hectic as ever for Bryan and the Matsuyama-Jenkins family! “Home Sweet Tokyo Season 3” takes the family from bizarre Japanese business meetings and British tea parties, to peaceful rural rice fields and summer festivals, as Bryan & Itsuki, together with their daughter Alice and her traditional grandfather Tsuneo, work together to adjust to their new life in Tokyo.

Somewhere Street  [Sundays]                A unique walking-eye view of cities around the globe! Chat to the locals and enjoy encounters that only strolling the streets can bring.