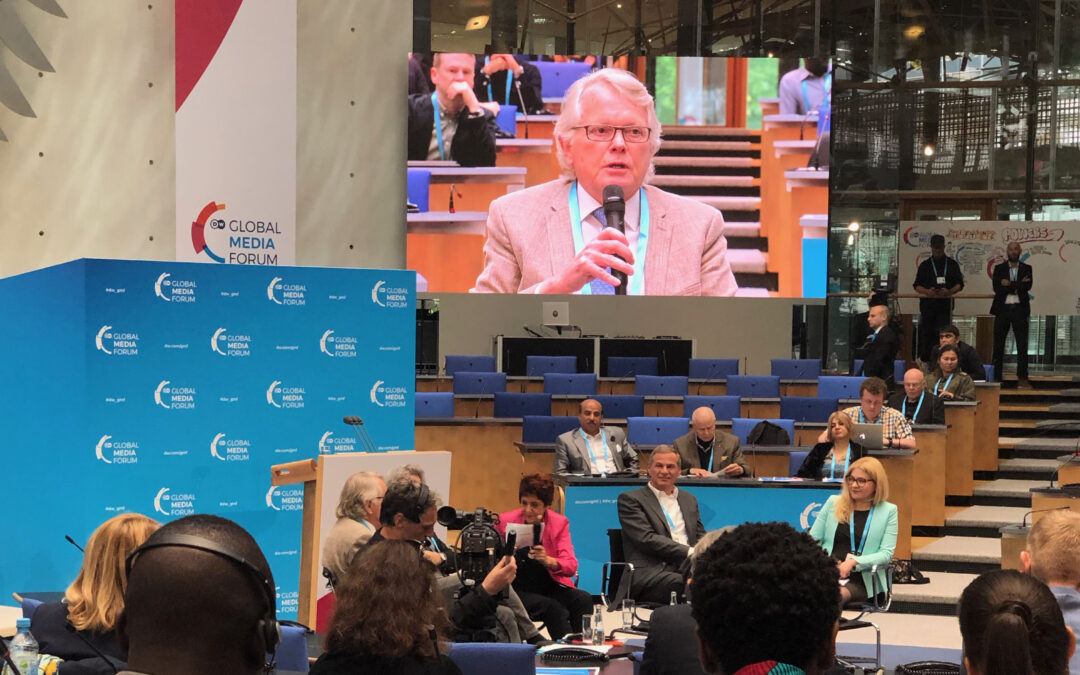 The 12th annual Global Media Forum took place in Bonn on 27-28 May, organised by Germany’s international broadcaster DW.
Bringing together more 2,000 delegates from all parts of the world, the lively conference examined everything from AI to the future of local journalism under the title Shifting Powers. 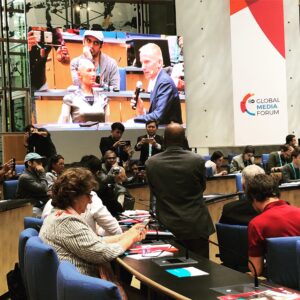 Pointing to one potential future, a robot was in conversation with DW executive Guido Baumhauer (pictured left) while the relationship between media and politics was examined by a panel including Lord Michael Dobbs, the British politician who wrote the original House of Cards novel (photo above).
With lively conversation and debate, and the unique opportunity to meet journalists and media executives from some of the most hard-to-reach places on the planet, DW’s Director-General Peter Limbourg says that the Global Media Forum is being positioned to become the media equivalent of the Munich Security Conference. A bold ambition – and it’s one that’s quite likely to be achieved.
Share This